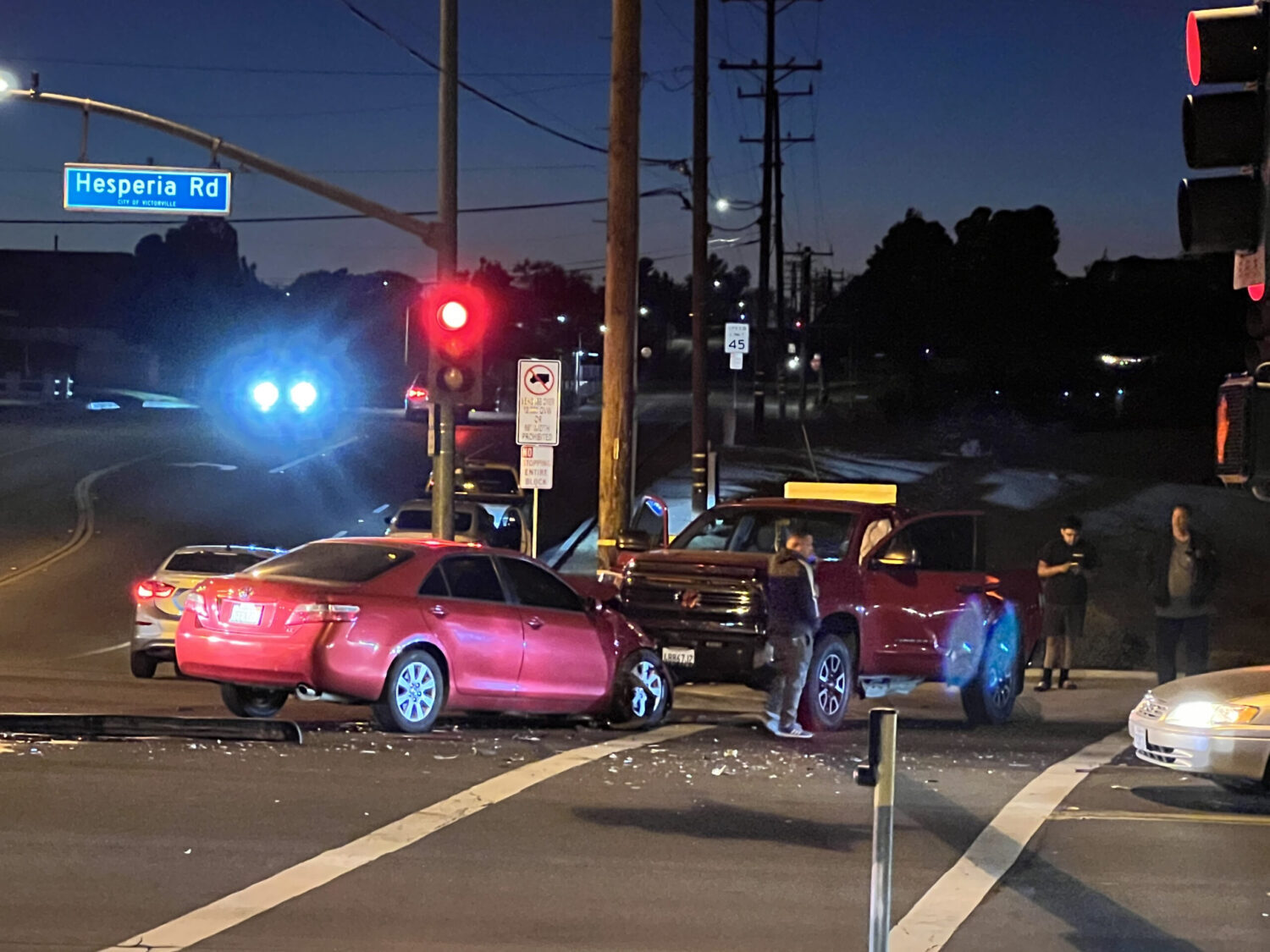 The traffic collision occurred at 5:57 p.m., November 23, 2022, at the intersection of Hesperia Road and Seneca Road in Victorville, and involved two vehicles, a red 2017 Toyota Tundra and a red Toyota Camry.

Victorville Fire Department and Victorville Police responded to the scene and located the two vehicles with significant front-end damage to the sedan, and extensive damage to the rear passenger driver-side.

Two ambulances were requested to transport the two injured occupants to a local hospital for what appeared to be non-life-threatening injuries.

The intersection was blocked, however, vehicles were able to drive around the scene. Tow trucks were requested to clear the vehicles from the road.

The cause of the collision is under investigation by San Bernardino County Sheriff’s Department – Victorville Station.

Related Topics:victorvillevictorville crash
Up Next