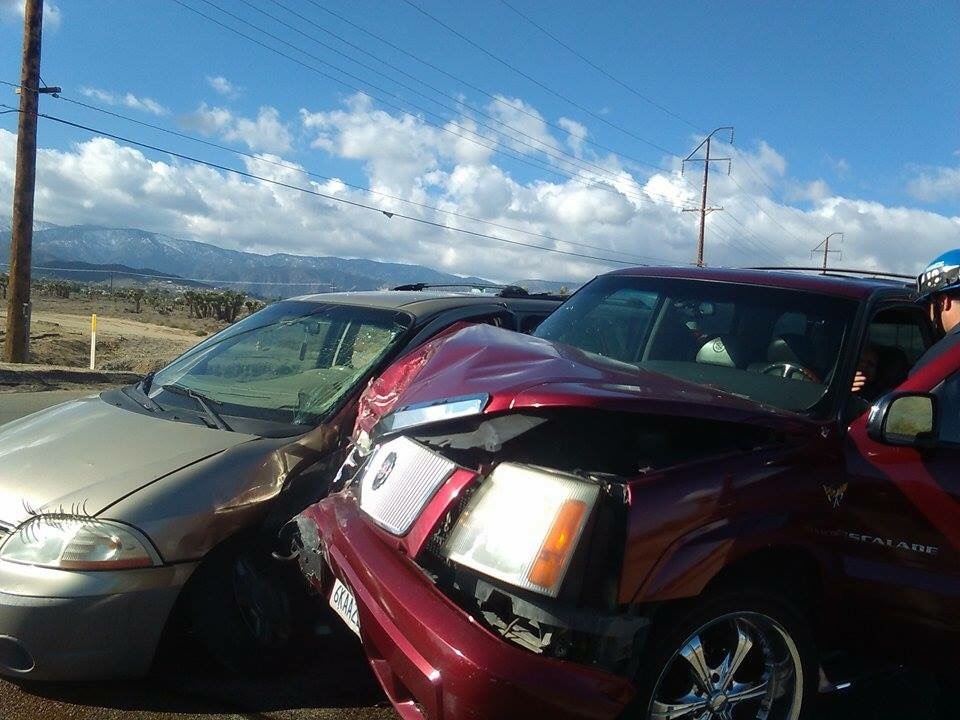 PHELAN:(VVNG.com) – Two people were transported to local hospitals following a two vehicle traffic collision involving a van and an SUV.

The crash was reported on Wednesday November 4th at 9:29AM on Phelan Road and Centola Road.

A gold Ford Windstar minivan was traveling eastbound on Phelan Road and attempting to make a left hand turn onto Centola Road. A red Cadillac Escalade traveling in the same direction attempted to pass on the left hand side and collided into the driver side of the minivan.

The force of the impact caused the minivan to be dragged approximately 30 feet leaving both vehicles blocking the roadway.

The California Highway Patrol responded and assisted with traffic control.

The drivers of each of the vehicles were transported by ground ambulances to local hospitals with non life threatening injuries.

Both vehicles were towed on flat bed trucks and the roadway was cleared.