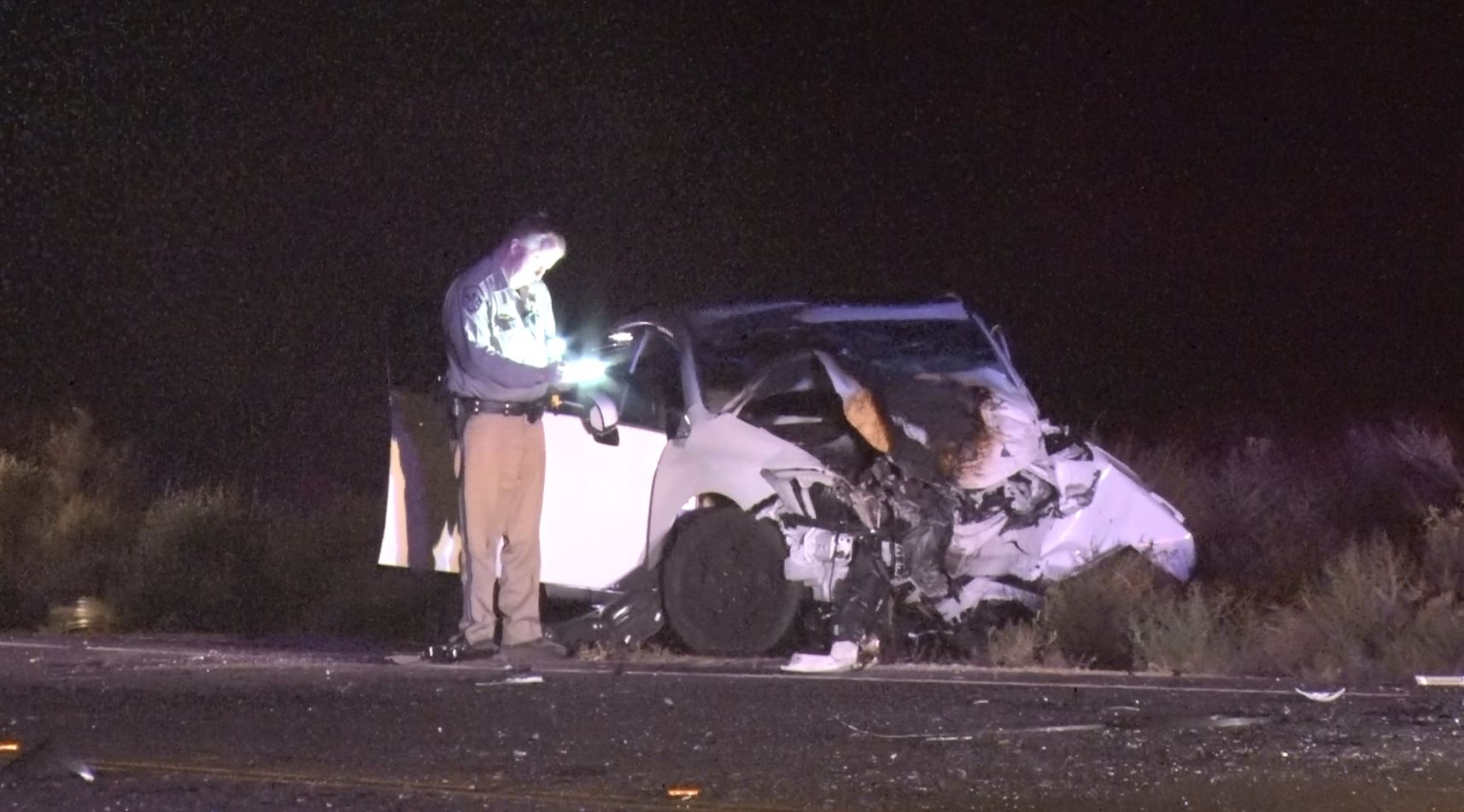 At about 2:50 a.m. dispatch received a report of a two-vehicle traffic collision with one vehicle catching on fire in the area of Ranchero Road near Outpost Road.

When firefighters arrived they located one vehicle on its roof and the second vehicle on fire. Firefighters were able to quickly extinguish the fire. Responding AMR units were cancelled and two occupants were confirmed dead on arrival.

Firefighters remained on scene and assisted with extricating one of the trapped victims while awaiting the coroners to arrive.

“Both people did not make it myself and another off-duty cop broke the glass and pulled the guy in the white Honda out because it was on fire the guy was not wearing his seat belt,” stated Jesse Ramirez.

Ranchero Road was shut down in both directions for several hours while authorities investigated. As of 7am, the vehicles have been towed and the roadway reopened.

The names of the deceased will be released pending notification of next of kin.

The California Highway Patrol is investigating the crash and were not able for comment.