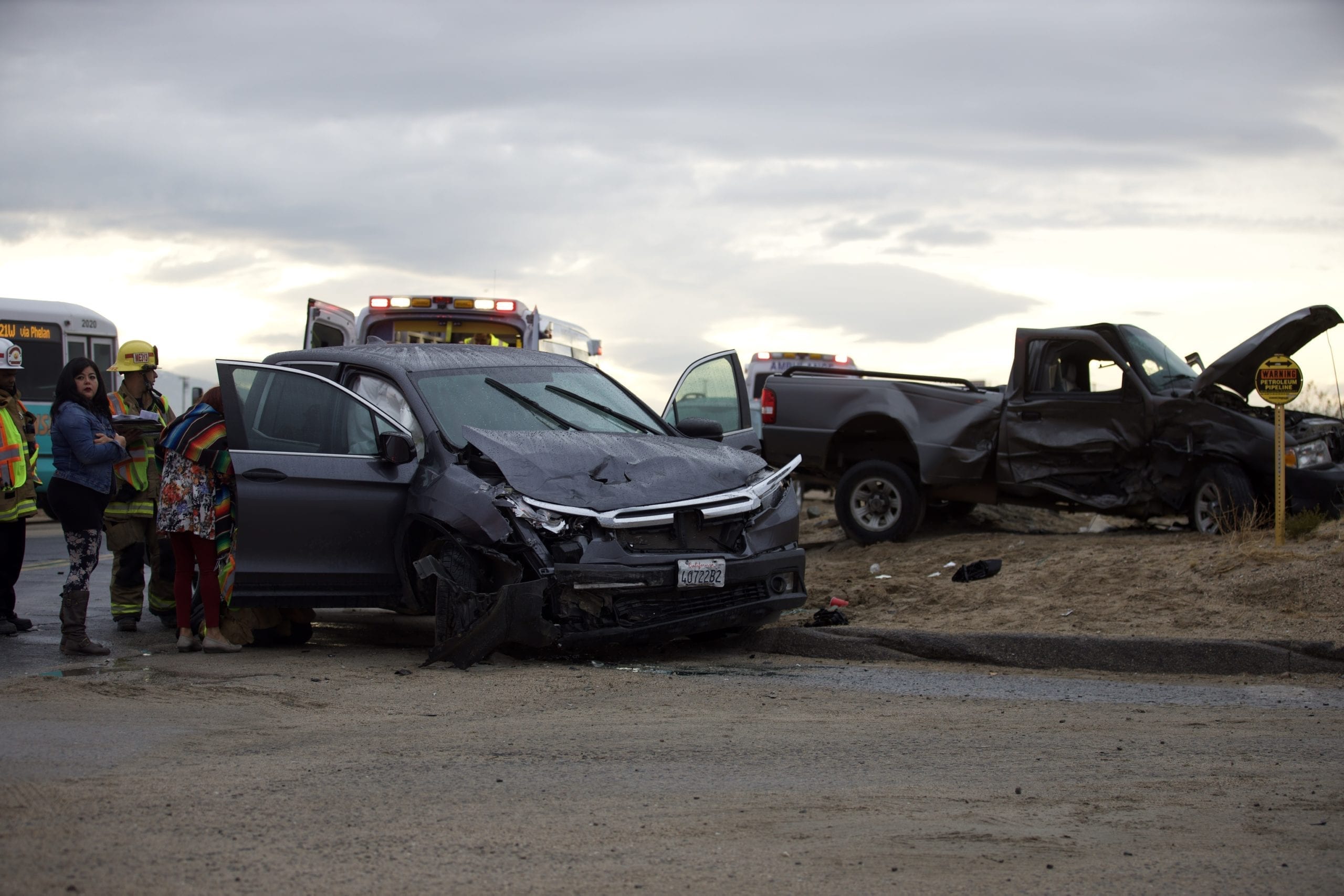 The collision was reported at 3:07 p.m. on Duncan and Monte Vista Roads, just north of Bear Valley Road and involved a Ford Ranger pickup truck and a Honda truck.

According to scanner traffic, firefighters had to free one person from one of the involved pickup trucks.

A helicopter was requested to land at the scene to transport at least one person to a trauma center.

Due to weather conditions, the victim will be flown to a trauma center in Antelope Valley, nearly 60 miles away.

The intersection where the crash occurred is currently closed while officials investigate the cause of the crash.