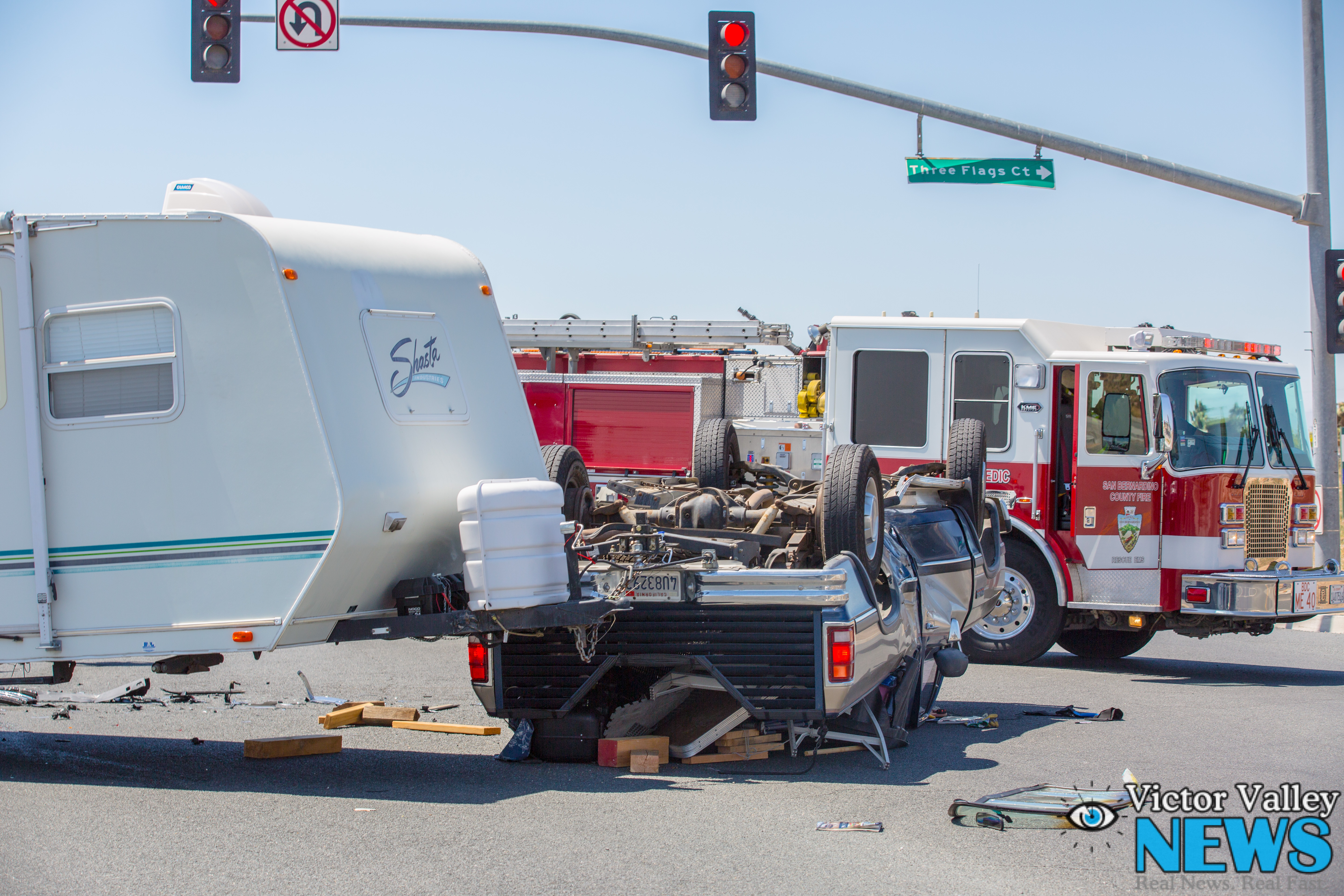 At about 10:55 AM., on Saturday, June 11th., dispatch received the report of a two-vehicle rollover traffic collision at the intersection of Highway 395 and Three Flags Ct.

According to deputy Getts with the Hesperia station, the truck was heading westbound on Three Flags Ct., waiting in the intersection to make a left-hand turn onto Highway 395. The Infiniti SUV was traveling northbound on Highway 395.

“The initial cause of the accident appears to be that the SUV ran the red light and sideswiped the truck,” stated Deputy Getts.

A family member of the couple inside the Ram told Victor Valley News, they were getting ready to head out of town on a camping trip. “It could have been so much worse and we are just really thankful they are both ok”.

The collision temporarily shut down a stretch of Highway 395 in both directions between Poplar Street and Three Flags Ct. The roadway was reopened at about 12:45 PM. 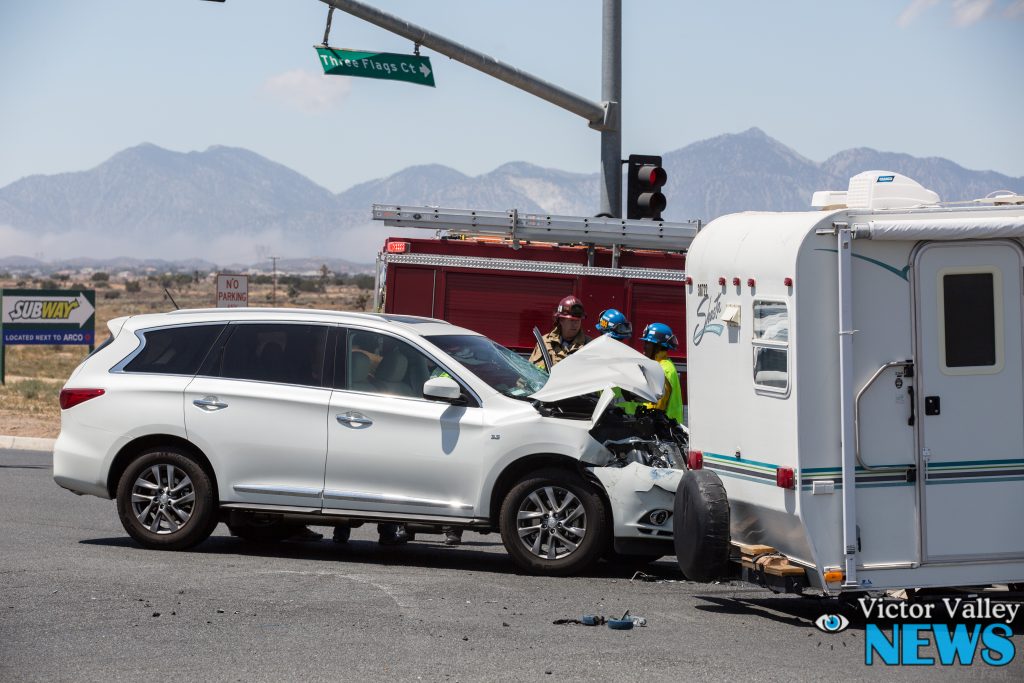 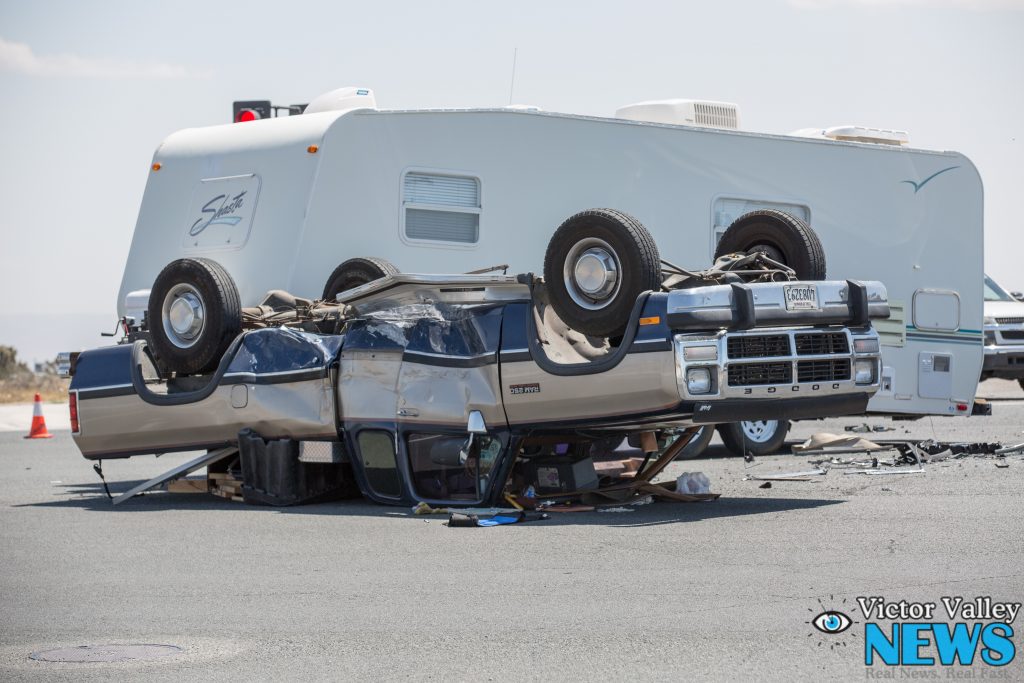 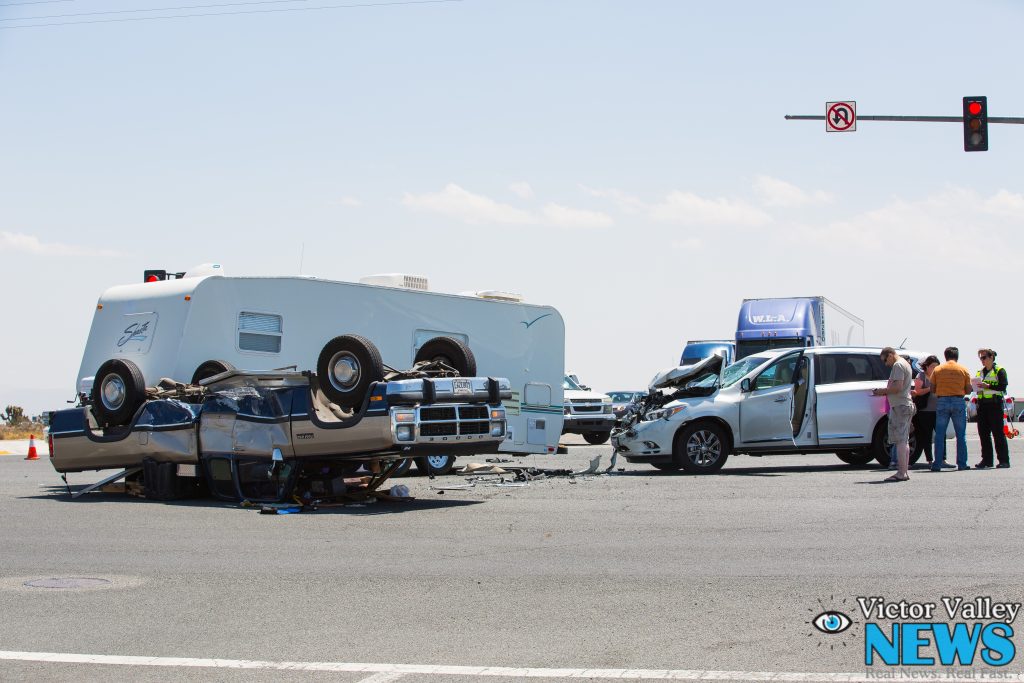