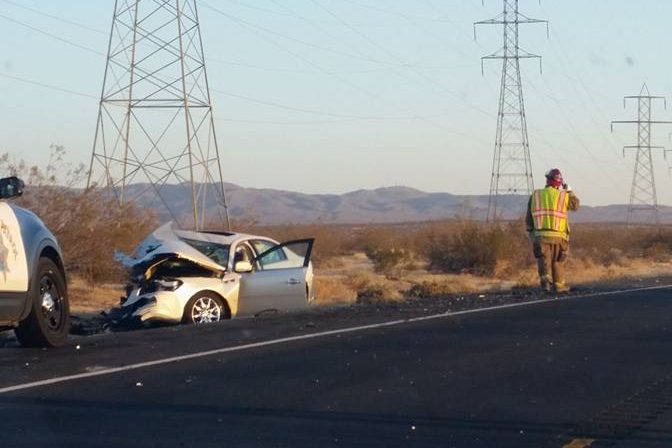 At about 5:13 a.m. on September 12th, the California Highway Patrol responded to a two-vehicle collision just south of Red Mountain.

Upon arrival, officers located a black Dodge Charger and a white Buick with major damage. According to authorities, the Dodge was traveling southbound and the Buick was heading northbound.

Both drivers suffered moderate injuries and were airlifted to trauma hospitals.

The driver of the Dodge, a 61-year-old Victorville man identified as Kenneth Bower was airlifted to Antelope Valley Hospital, per CHP incident logs.

The driver of the Buick, a 35-year-old woman from Ridgecrest identified as Beth Smith, was also airlifted to Antelope Valley Hospital, per CHP incident logs.

The crash shut down traffic in both directions for several hours. CHP logs reported both lanes had reopened by 7:20 am.

Authorities said, drugs or alcohol do not appear to be a factor in the crash. The cause of the crash remains under investigation.

For the latest news in real-time join our Facebook group with over 76,500 members: Victor Valley News