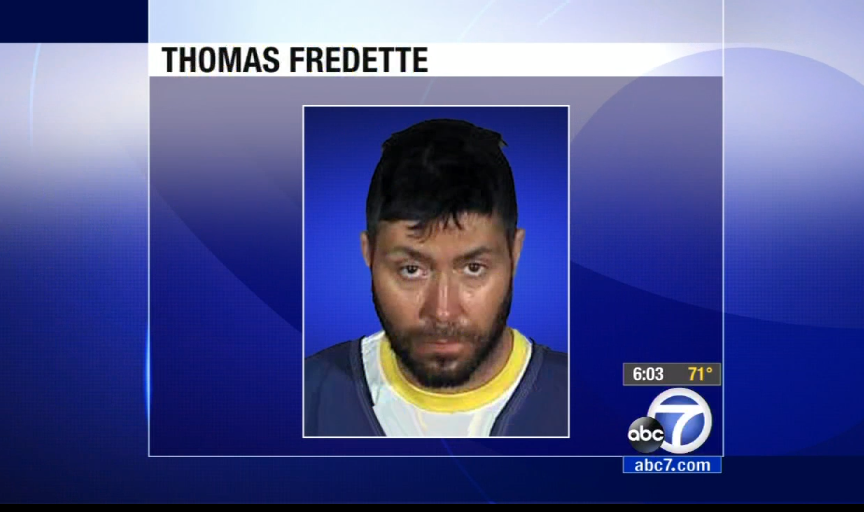 SYLMAR: During the early morning hours of Sunday, April 20, 2014, a man entered a hospital in the 14400 block of Olive View Drive, Sylmar, and stabbed an on-duty nurse.

Just after 2:00 A.M., the suspect, later identified as Romero Carnalla, 26 years old, of Los Angeles, entered the hospital, bypassed the weapons screening area, and fled into the building, away from security and law enforcement officers.

As deputies and officers searched the hospital, they heard a woman scream and went to the source of the outcry. They located the victim, a female adult, and found she was stabbed an unknown number of times in the upper and lower torso.

The victim was transported for medical treatment and is in critical condition. A knife was recovered at the scene. Carnalla was taken into custody.

County Services Bureau detectives are handling the investigation. There is no further information available at this time.

TORRANCE: On Sunday, April 20, 2014, at approximately 9:20 AM, a man entered a hospital in the 1000 block of West Carson Street, Torrance, and stabbed a nurse. The suspect has been identified as 38 year-old Santee resident, Thomas Robert Fredette.

Suspect Fredette entered the hospital after clearing a weapons screening area. Once inside the hospital, the suspect encountered a group of nurses, grabbed one of them from behind, and stabbed the female victim in the ear with a sharp object.

The victim was able to free herself from the suspect’s grasp and ran away. She directed responding County Services Bureau deputies to the location of the suspect and he was taken into custody. A pencil, believed to be the weapon used in the attack, was recovered as evidence.

The victim received medical treatment for nonlife-threatening injuries.
The suspect was booked at the Inmate Reception Center for Assault with a Deadly Weapon and is being held in lieu of $130,000 bail. He is due to appear in Torrance Court on Tuesday, April 22, 2014.

The investigation is ongoing and there is no further information at this time.