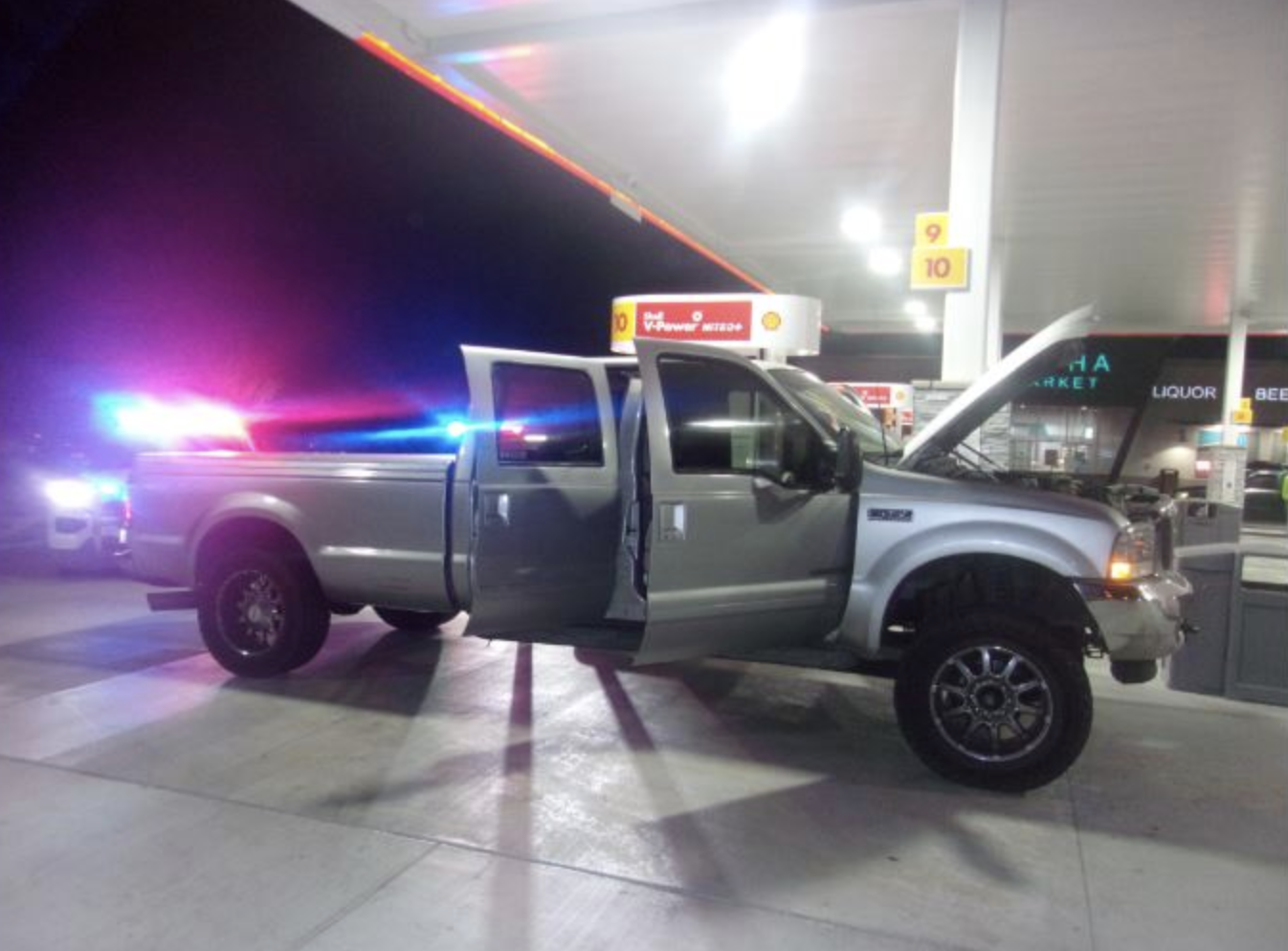 PINON HILLS, Calif. (VVNG.com) –– Two men were arrested after they were caught stealing hundreds of gallons of gasoline from a gas station in Pinon Hills.

According to the caller, they believed 2 male adults were stealing gasoline from the station.

When Deputy J. Mora arrived at the gas station, he located 23-year-old Daniel Ramossantoyo and 23-year-old Andres Berruete, both residents of Santa Ana, still with their truck at the gas pump.

According to a news release, “the suspects had pried open the gas pump, used a device to override the pump, and siphoned approximately 200 gallons of gasoline. Their truck had been equipped with a large gas tank hidden inside the covered bed of their truck. Through further investigation, Deputy Mora was able to connect the suspects with a previous grand theft at a Shell Gas Station in Phelan, on September 19, 2022.”

Daniel Ramossantoyo and Andres Berruete were booked at High Desert Detention Center for conspiracy to commit a crime, grand theft, and vandalism. Ramossantoyo is currently being held in lieu of $25,000.00 bail. Berruete was released on bail and is due to appear in San Bernardino County Superior Court on November 7, 2022.

The investigation is ongoing and anyone with information is asked to contact Deputy J, Mora, at Victor Valley Sheriff’s Station 760-552-6800. Callers can remain anonymous and contact We-Tip at 800-78CRIME or www.wetip.com.