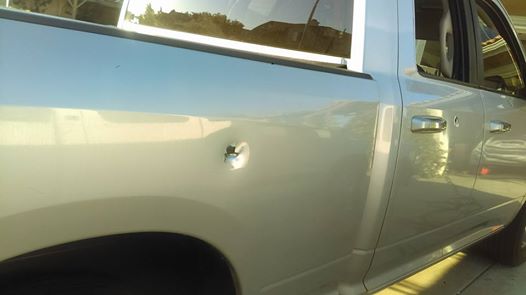 General stock photo of the van involved in the shooting. (not an actual photo of suspect vehicle)

VICTORVILLE:(VVNG.com)- Two local men are lucky to be alive after a drive-by shooting on Saturday evening.

At about 5:45 PM, on June 4th, the victims were traveling westbound on Bear Valley Road in a 2010 Dodge Ram. As they approached Amethyst Road an older model van occupied by 2 males and 1 female pulled alongside the victims and started firing.

Two bullets struck the side of the truck and a third shattered the rear window. Neither of the occupants inside the Ram were injured during the shooting.

According to one of the victim’s, the reason for the shooting was all over the victims honking at the suspects. “He was gonna sideswipe us because he was trying to turn into Arco gas station”.