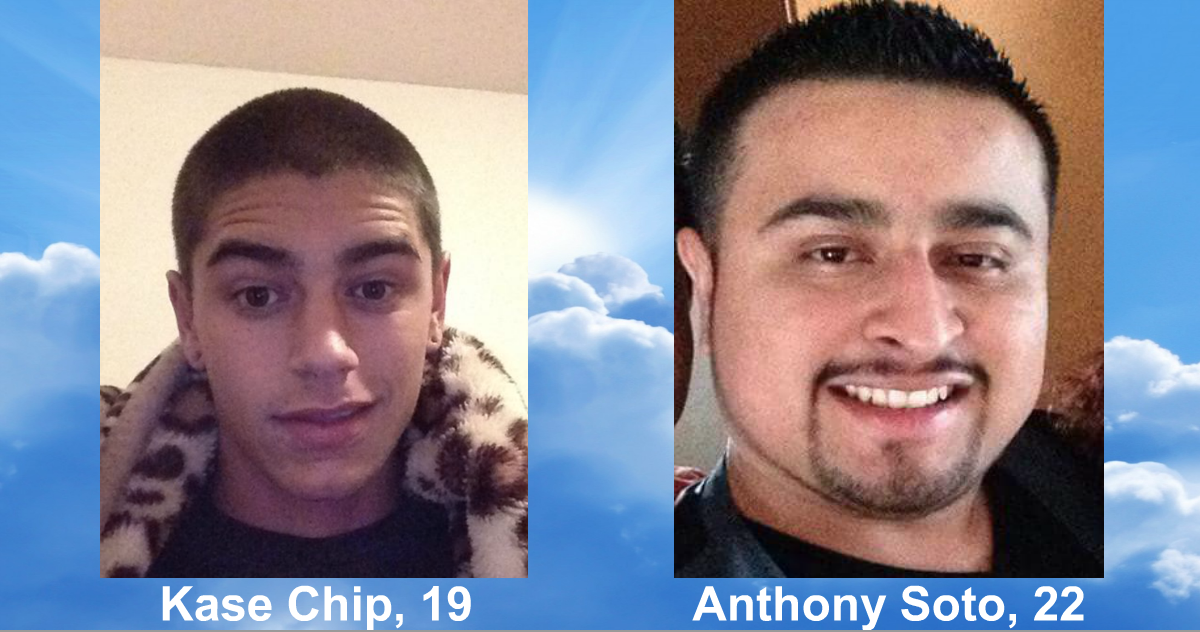 PHELAN, Calif: (VVNG.com) Two men involved in a fatal head-on collision have been identified by the San Bernardino Coroners.

19-year-old Kase Chip and 22-year-old Anthony Soto, both residents of Phelan, were declared dead on scene after the vehicles they were driving collided head-on.

Three other occupants of the involved vehicles were listed in critical condition, and one other sustained minor injuries, according to Battalion Chief Kelly Anderson.

Three airships were requested to transport the victims to a trauma center. The California Highway Patrol is investigating the collision.

Family members have established a Go Fund Me account for each of the victims that were killed in the crash.

Anyone wishing to help the family during their time of need may do so by following the link below.