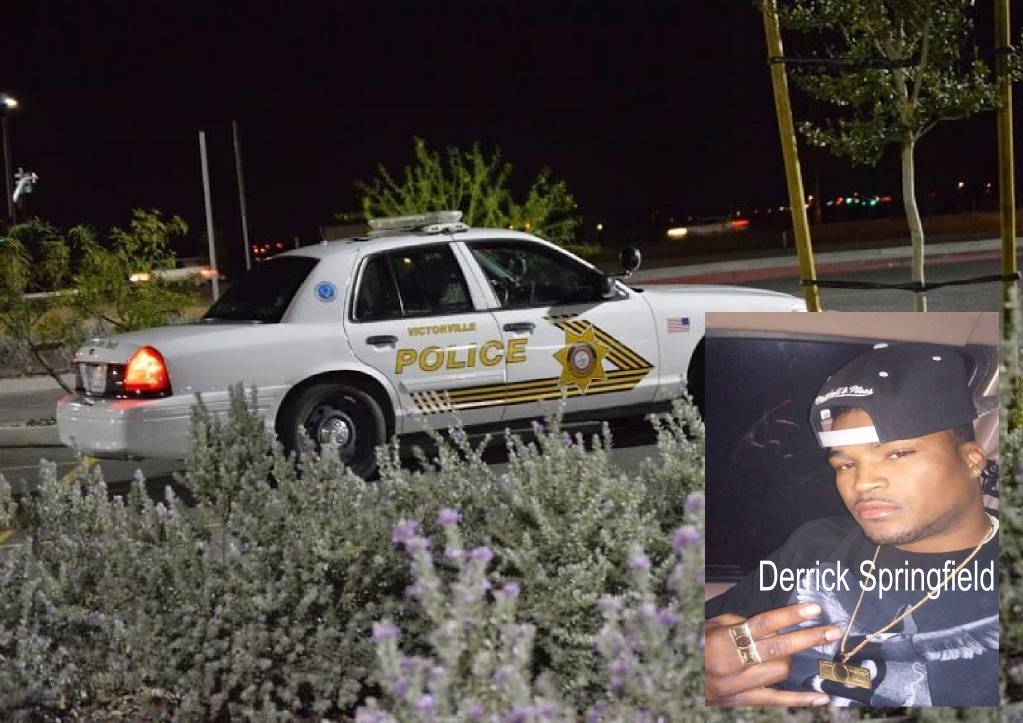 VICTORVILLE-(VVNG.com): Two men were arrested after foot bailing from a vehicle following a brief pursuit. The failure to yield call was reported at approximately 10:50 P.M., on Thursday, May 7, 2015.

Prior to the pursuit initiating deputies from the Victorville station were dispatched to multiple reports of as many as six shots being fired in the area of Reno Loop and Hook Blvd. in the Brentwood community of Victorville.

As deputies were responding to the area, they noticed a black Jaguar with the tail light and license plate light out. The deputy attempted to stop the vehicle due to the malfunctioning lights.

The vehicle, that was noticed in the vicinity of where the gunshot sounds were reported fled from the deputies causing a short pursuit. The vehicle drove up Hook Blvd at speeds in excess of 50 miles per hour and continued on through streets then off the roadway driving through dirt. At approximately 11:00 pm the vehicle was abandoned near Mojave and Ashley Glen Drive where the two male subject fled on foot.

The two ran to the nearby Village Elementary School Campus, where according to scanner traffic, one was located in a tree after the Sheriff’s Helicopter spotted him. The other subject was found shortly after in a pile of clothing.

At this time Deputies were unable to confirm the shots fired report.

The suspects later identified as 24-year-old Eric Anthony Silkhoaglan and 27-year-old Derrick Michael Springfield were arrested at about 11:15 pm.

They were subsequently transported to the High Desert Detention Center. Silkhoaglan was arrested due to his outstanding warrants. Springfield was booked on possession of controlled substance, driving on a suspended license, felony reckless evading and was cited for driving without proof of insurance.