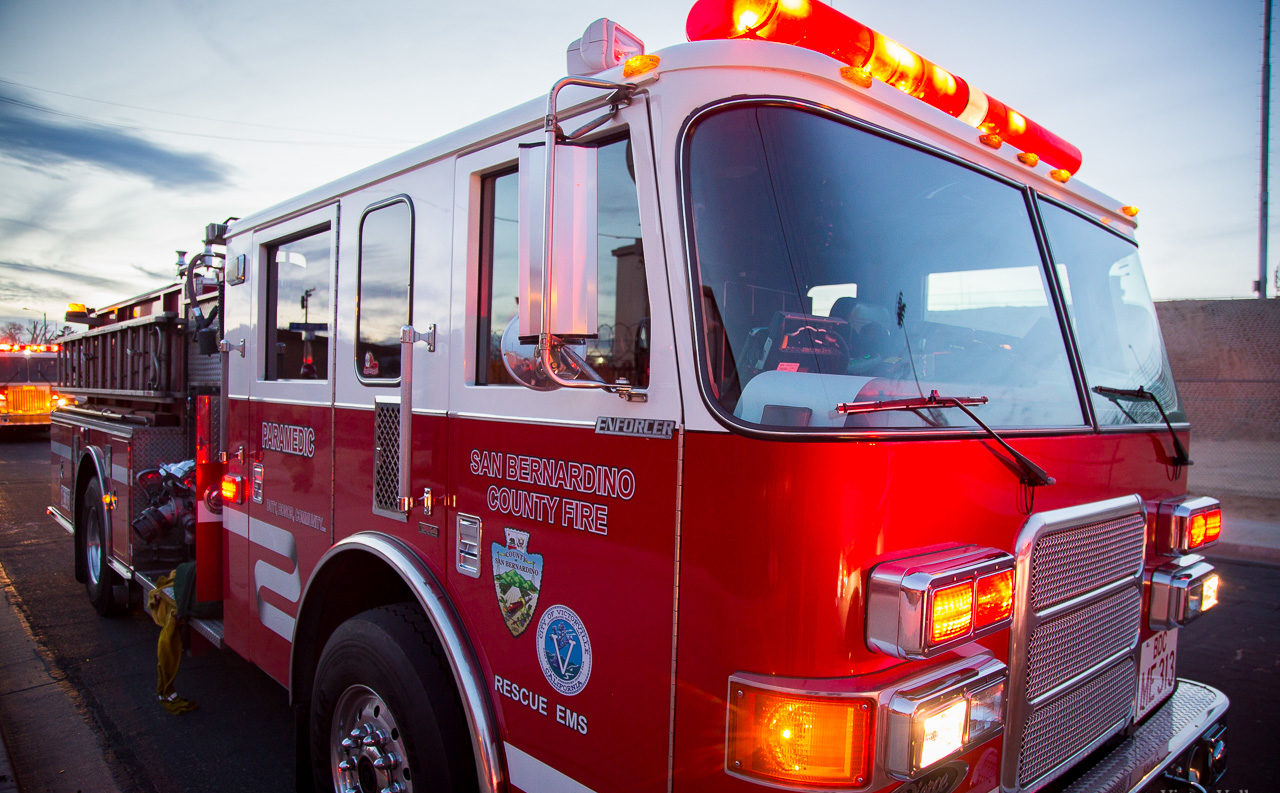 RED MOUNTAIN:(VVNG.com)- Highway 395 is currently blocked in both directions following a fatal traffic collision with extrication.

At about 9:09 AM., on Wednesday, February 17th San Bernardino County Fire along with Kern County Fire, San Bernardino County Sheriff’s and the California Highway Patrol responded to a major accident with multiple patients on highway 395 about 20 miles north of Kramer Junction.
CHP officials said that the traffic collision occurred as a 32-year-old female driver in the 2002 Ford Excursion drove southbound on Highway 395 when the tread of her back tire separated. The vehicle was sent into northbound lanes subsequently going into the dirt shoulder and momentarily re-entering the northbound lanes before overturning.

Per scanner traffic, A total of 7 people were injured in the crash and two were pronounced dead at the scene. A 9-year-old was reported as being in traumatic cardiac arrest. Patients were transported to Antelope Valley Hospital.

The official cause of the accident remains under investigation. Highway 395 will remain shut down for an undetermined amount of time.