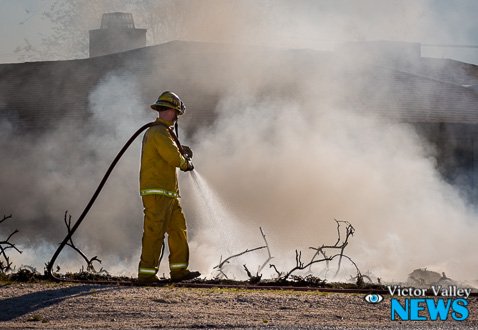 VICTORVILLE-(VVNG.com):  On Saturday, November 14, 2015 at about 2:38 p.m. dispatch received a report of a deliberately set vegetation fire on the 15700 block of Eto Camino Road near North Culver Street in Victorville.

Per scanner traffic, the suspects were described as two black male juveniles that were between 9-12 years of age. After setting the fire, witnesses say that the boys ran from the scene of the fire toward Village Drive.

When firefighters and deputies arrived on scene they located a small vegetation fire in the front yard of the home. The homeowner was not home at the time of the fire, but was notified. At about 2:44 p.m. the fire was reported to be out. There was no damage to the home and no injuries reported as a result of the fire. At this time the juvenile suspects are still