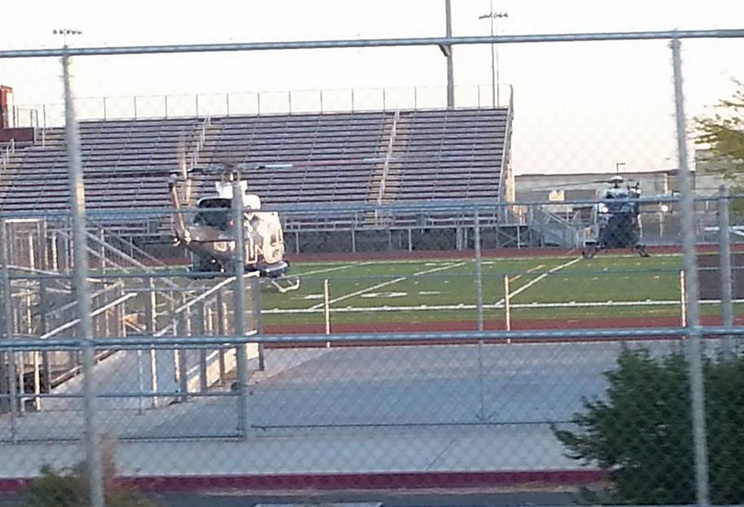 ADELANTO-(VVNG.com): A Monday morning pursuit resulted in a traffic collision with major injuries and two juveniles ejected from the vehicle.

On May 4th at approximately 5:30 A.M., a deputy initiated a traffic stop of a reckless driving white Ford F-150 pickup truck near Seneca Road and Aster Street in Adelanto.

The driver failed to yield leading the deputy on a traffic pursuit that ended in a crash near Aster Road and Cactus Street.

The reckless driver of the pickup truck lost control on the dirt surface of the roadway causing the vehicle to rollover and ejecting two of the vehicles five passengers.

All five of the juveniles in the truck are residents of Adelanto and medical aid was requested for all five. Through the investigation it was determined that the white F-150 was stolen in the City of Adelanto. The California Highway Patrol responded to conduct a traffic investigation.