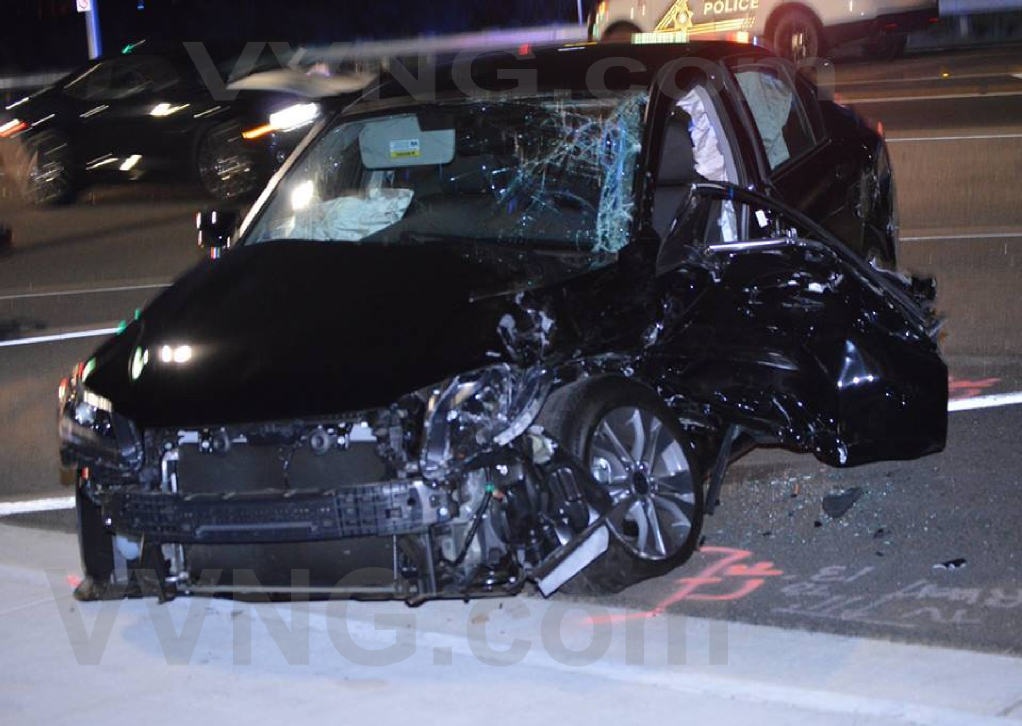 VICTORVILLE-(VVNG.com) At approximately 8:30 p.m. on Wednesday, May 20th dispatch received a call reporting a two vehicle traffic collision with unknown injuries near Cantina and Palmdale Road.

The reporting party stated that one vehicle was on fire and the second one had trapped occupant and would require extrication.

The vehicles involved were a black Honda Accord and a black Chevrolet SUV. According to authorities, the SUV experienced a brake failure causing the driver to run the traffic signal.

There were five total occupants, two patients transported to area hospitals by ground ambulance to be treated for non-life-threatening injuries. It was later determined that the vehicle was not on fire, but the tires were causing smoke until the vehicle was turned off.