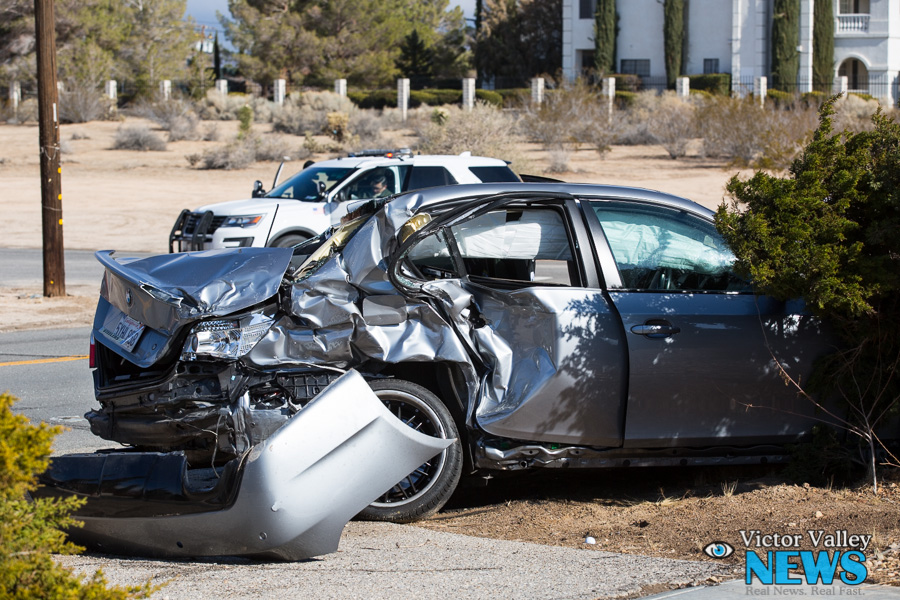 The Dodge was traveling eastbound on Tomahawk Road at an unknown speed when it collided into the BMW attempting to pull out of a driveway onto Tomahawk Road, authorities said.

The BMW came to rest in a bush on the east side of the roadway with major rear-end damage and the Dodge on the west side with major front end damage. Each vehicle was occupied by one person.

According to Sgt. Griffith with the Apple Valley Sheriff’s Station, both drivers were transported by ambulance with minor to moderate injuries.

The homeowner named Mike, told Victor Valley News, his brother is in his 40’s and a resident of Upland. “He came up to help take care of me because I was really sick the night before. We planned on going out to get breakfast and now he’s in the hospital.”

Tomahawk Road was closed for approximately two hours while authorities conducted the investigation and tow trucks removed the vehicles from the roadway.

The cause of the crash remains under investigation by the Apple Valley Police Department. 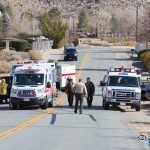 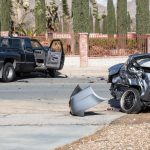 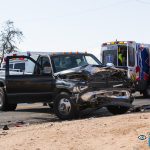