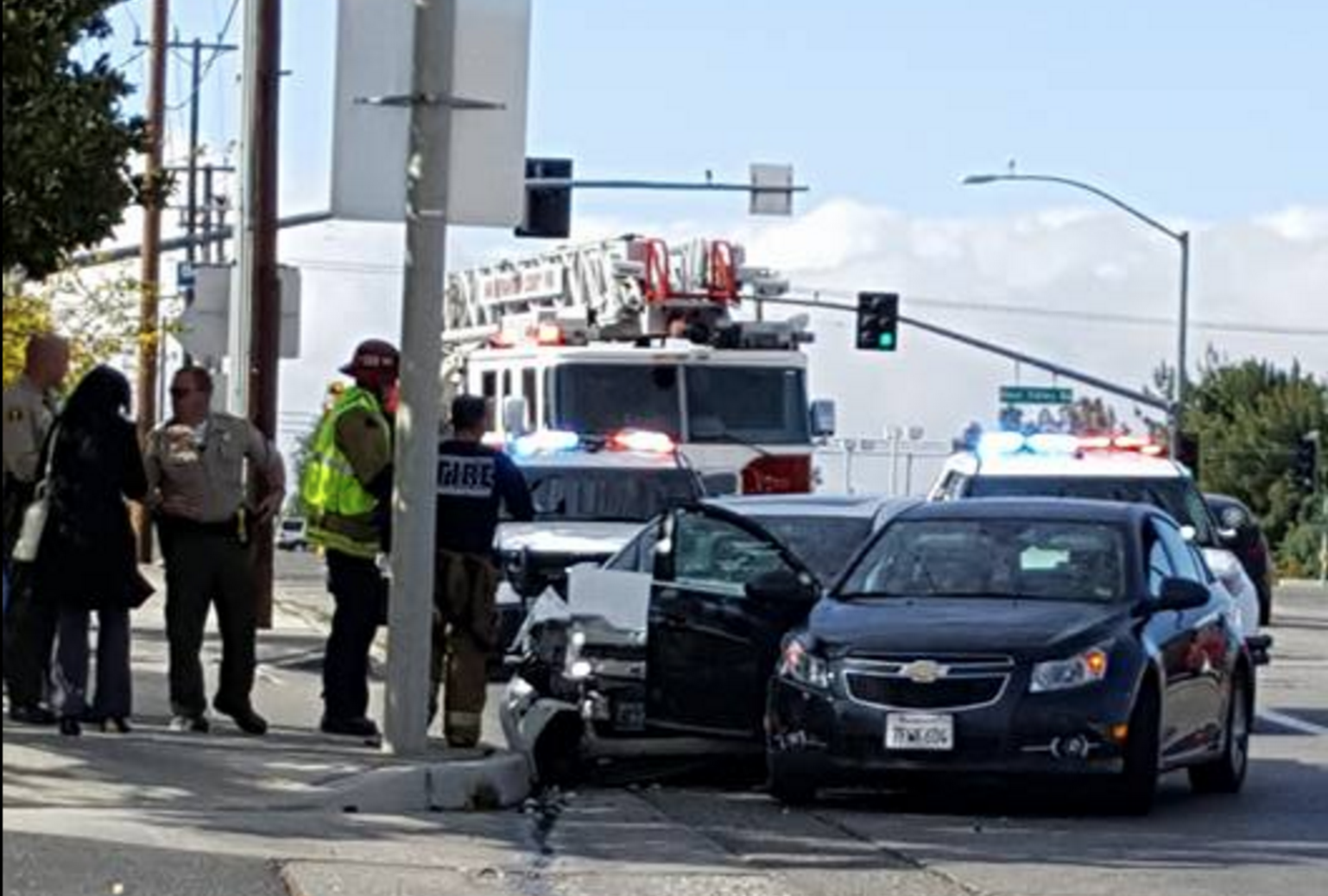 VICTORVILLE-(VVNG.com):  Two people were injured as a result of a traffic collision Thursday morning. At around 8:30 a.m. Victorville station deputies and medical personnel responded to a two-vehicle traffic collision on Bear Valley Road near 7th Avenue.

Victorville Sheriff’s Station spokeswoman Mara Rodriguez told Victor Valley News that the collision involved a Chevy Cruze driven by a 36-year-old Victorville man and a Chevy Malibu driven by a 23-year-old Helendale woman. “One of the vehicles turned in front of the other causing the collision, I am unaware at this time who is at fault,” said Rodriguez.

Two occupants of the Chevy Cruze were transported to Desert Valley with minor injuries. Both vehicles were towed from the scene. The cause of the collision remains under investigation by the San Bernardino County Sheriff’s Department, Victorville Station.