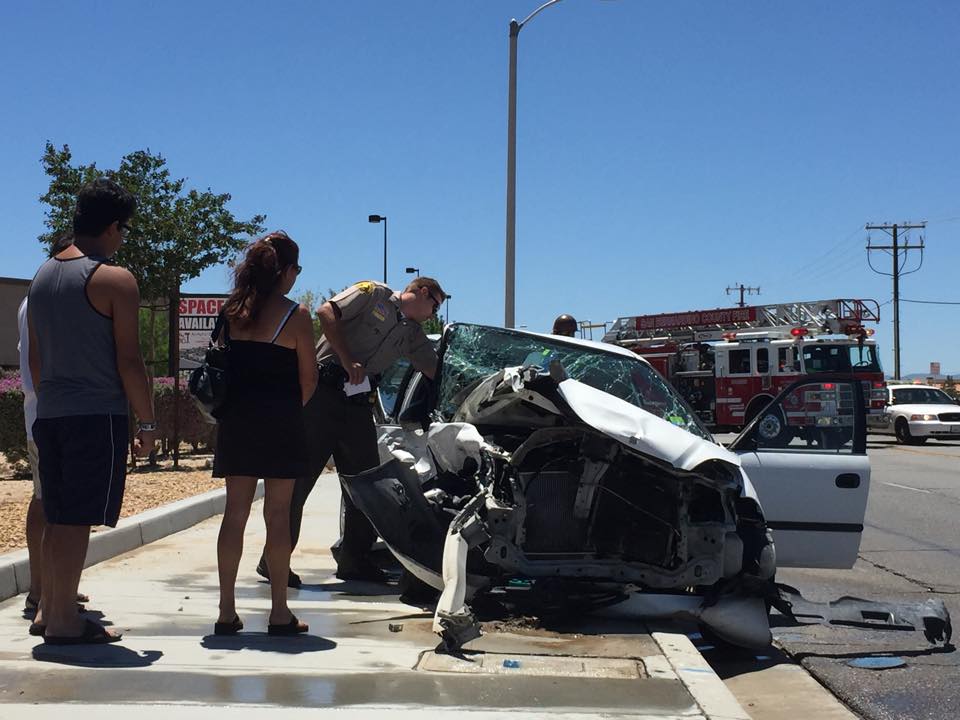 VICTORVILLE- (VVNG.com): Dispatch received a report of a two vehicle traffic collision at the corner of Midtown Drive and Amargosa Road in Victorville.

For unknown reasons a white Subaru and a white Honda Civic collided near the intersection. The impact caused the Honda to jump the sidewalk and crash into an air relief valve sending thousands of gallons of water shooting into the air.

“He was accelerating pretty good, I don’t think he was breaking the speed limit. She pulled in front of him (at the) last-minute.  He tried to stop, but it was to late, he t-boned her pushing her pretty far, then her car slid all the way to the fire hydrant,” said Johnny Mendoza Davila.

According to family members, the driver of the Honda is a young girl in her early 20’s and was on her way to a class just before the collision. The driver of the Subaru was described as being in his 30’s and according to witnesses he was standing outside of his vehicle, but did get checked by medical personnel on scene.