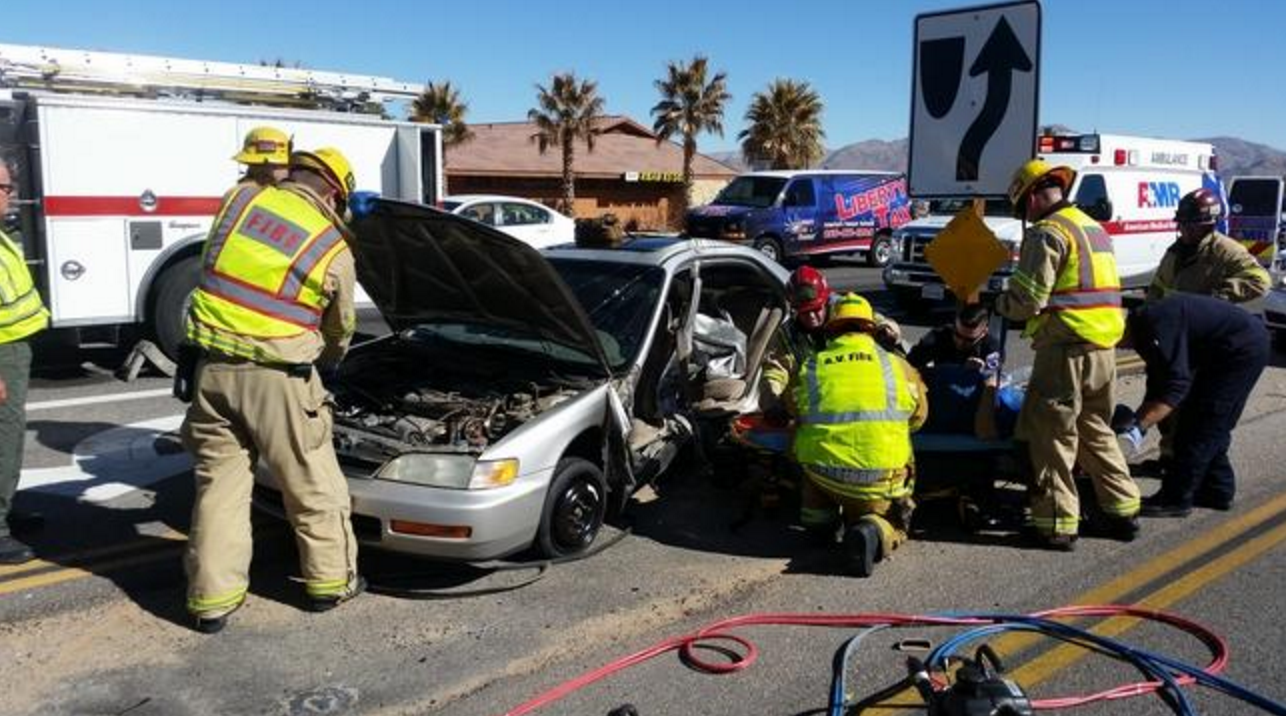 APPLE VALLEY-(VVNG.com): One woman was airlifted and a second was transported to a trauma center, both as a precaution after a two vehicle traffic collision Tuesday afternoon.

Just before 12:40 p.m. emergency personnel was dispatched to a traffic collision on Highway 18 and Dale Evans Parkway. The collision involved a gray Honda Accord and a burgundy Nissan Altima.

Sheriff’s officials on-scene said that the woman in the Honda was driving northbound on Dale Evans Parkway entering Highway 18 when she collided into the side of the Nissan, that was being driven by a woman headed eastbound on Highway 18.

One woman was trapped requiring extrication, which was complete within 15 minutes. Both women were transported to Arrowhead Regional Medical Center as a precaution.

No other injuries were reported as a result of the collision, the cause of the collision remains under investigation by the San Bernardino County Sheriff’s Department, Apple Valley Station.