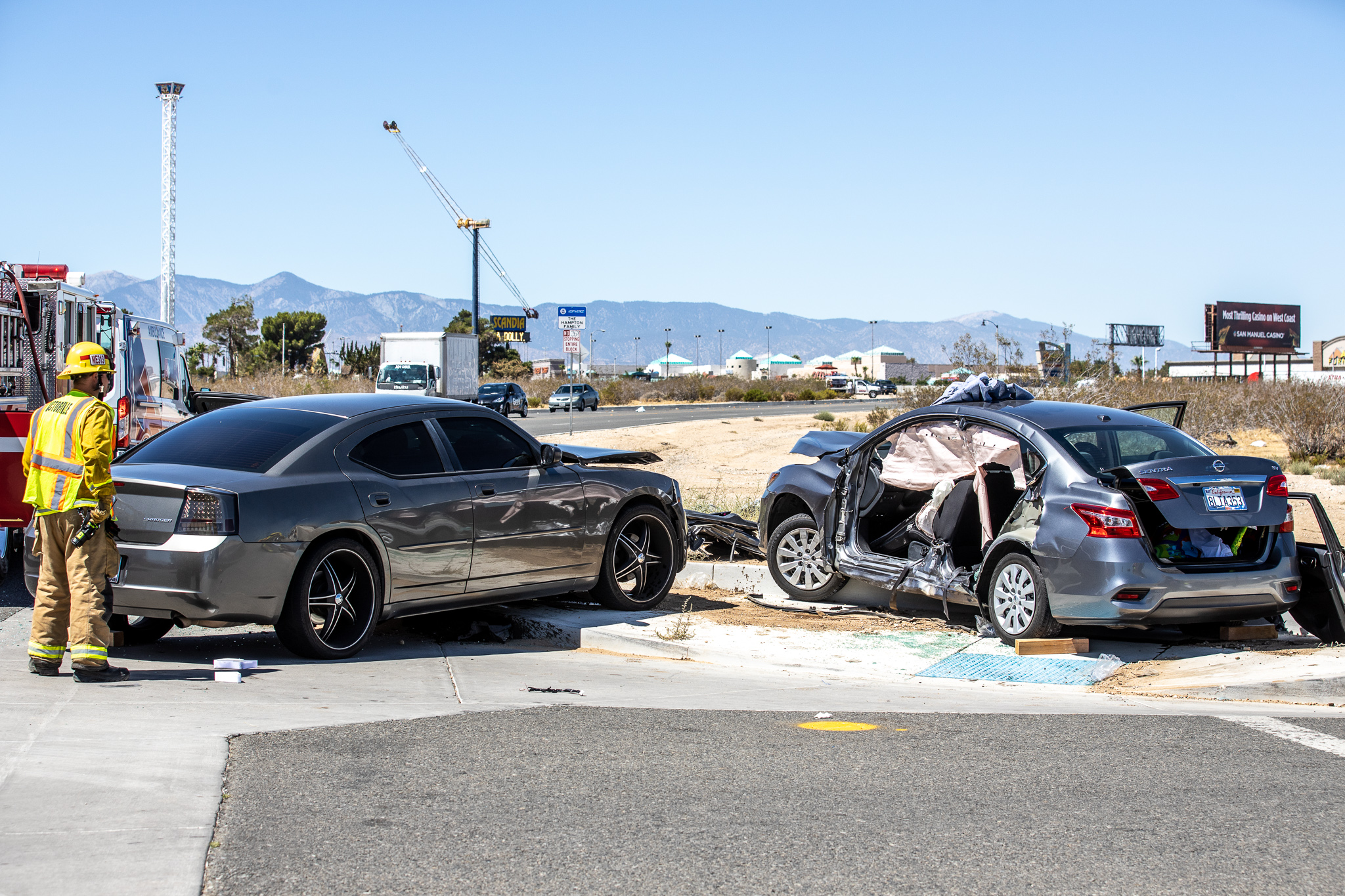 Just before 11:00 am, Victorville Deputies and firefighters responded to a two-car crash at the intersection of Mariposa Road and Locust Avenue.

Emergency crews worked to extricate a female driver who was trapped inside a silver Nissan Sentra. Two male occupants and a baby inside were not injured.

Another woman was located outside a gray 2009 Dodge Charger when firefighters arrived on scene.

Sheriff’s spokeswoman Mara Rodriguez told Victor Valley News the Dodge Charger was traveling south on Mariposa and the Nissan was attempting a right turn onto Mariposa and failed to yield to traffic.

“The Dodge broadsided the Nissan when it pulled out onto Mariposa,” stated Rodriguez.

The passenger in the Charger and the driver of the Nissan were transported to area hospitals.

Both southbound lanes on Mariposa Road were shut down as firefighters worked on treating the injured.