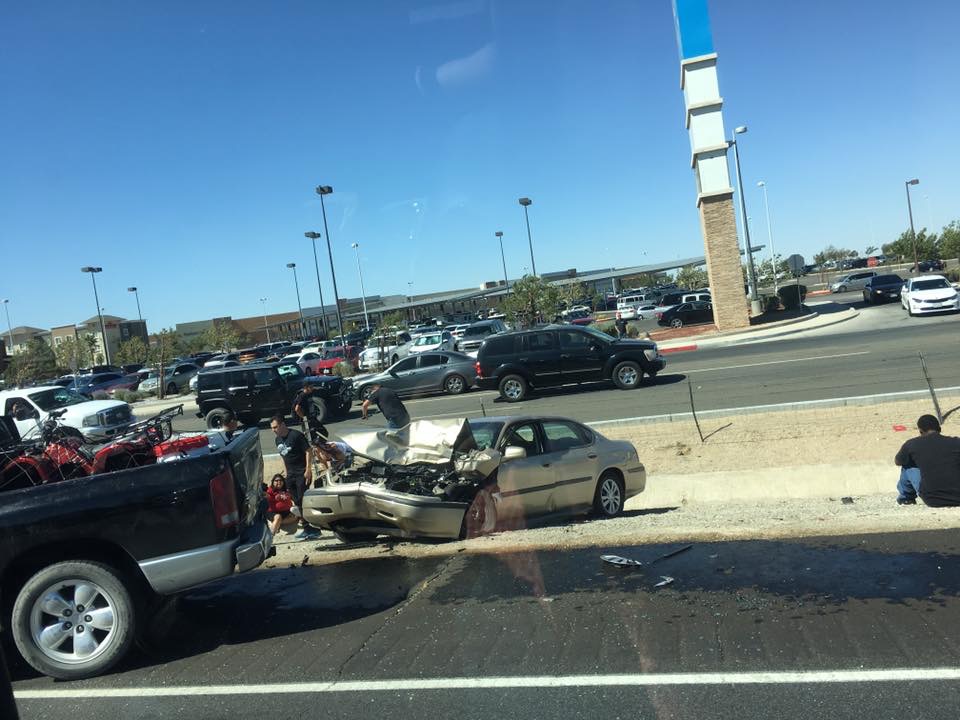 VICTORVILLE, CA:(VVNG.com)– Officers from the California Highway Patrol responded to a traffic collision on the southbound 15 freeway Sunday afternoon.

When first responders arrived, they located a black Dodge Ram and a gold Chevy Impala with major damage. The two vehicle crash was reported at 12:19 p.m. just south of Bear Valley Road.

Steven Alberts witnessed the accident and said the Dodge truck was stopped on the shoulder prior to the collision.

“The driver was getting something from the back of the truck prior to the accident. The sedan veered off the freeway and rear ended them losing control,” stated Alberts. “The man getting things out of the bed of the truck is lucky to be alive and not pinned against the car.”

Per scanner traffic, one seriously injured patient was transported to Desert Valley Hospital. An additional ground ambulance was requested for a second patient.

CHP incident logs, show the no. 3 lane is currently blocked as of 12:28 p.m. Southbound traffic is backed up to Mojave Drive due to the crash.