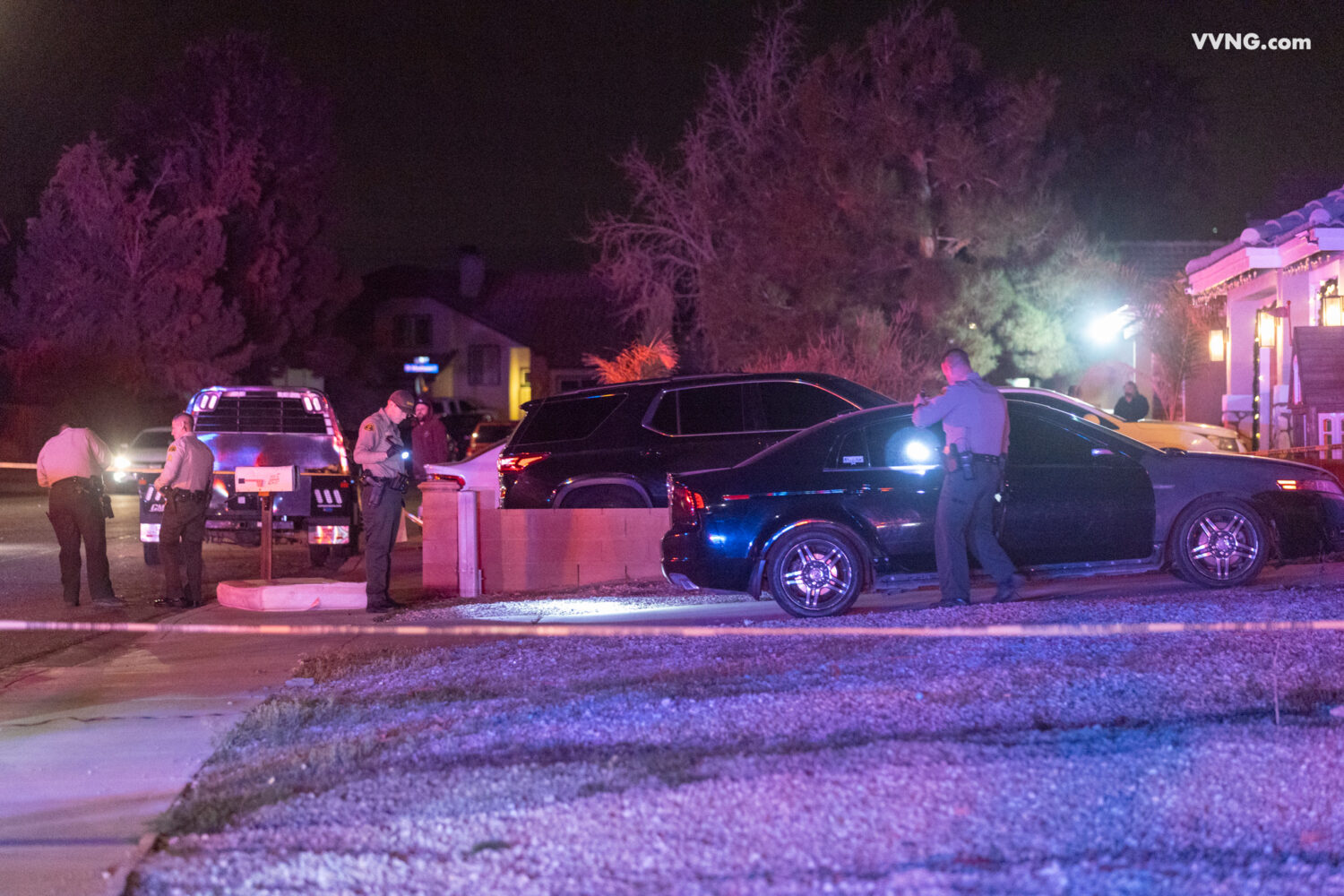 First responders located two people with injuries, one person suffered a gunshot wound to their hand and the second person suffered minor injuries after being grazed by a bullet.

American Medical Response transported one victim to a local hospital for treatment of their injuries. The second person declined treatment and was released at the scene.

Witnesses from the nearby area reported hearing between 7 to 10 consecutive gunshots.

Deputies scoured the local area for evidence and also collected statements from residents in the neighborhood. At least two parked vehicles were damaged by the stray bullets.

Sheriff’s spokeswoman Gloria Huerta told VVNG the incident started as a confrontation in the front yard of the residence when the shooting occurred.

No suspect is currently in custody at this time and a possible motive for the shooting is unknown.