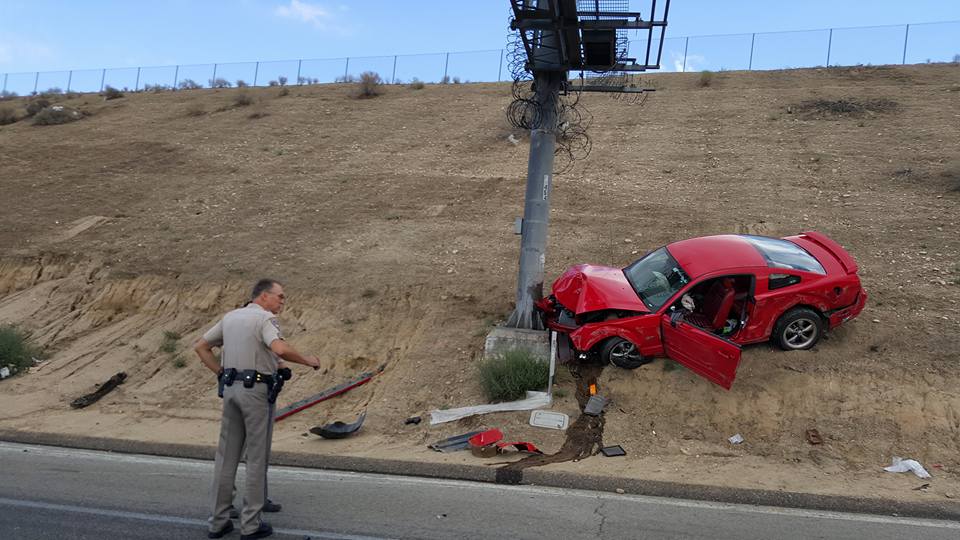 VICTORVILLE-(VVNG.com): On Tuesday, September 15, 2015 at about 2:40 p.m. dispatch received a report of a single-vehicle collision on the I-15 north near the D Street off-ramp. Shortly after a second report, of an additional overturned sedan was reported.

CHP arrived on scene at about 2:45 p.m. to find a total of three involved vehicles, two of which were overturned.

According to CHP officials, based on preliminary information collected the red Mustang for unknown reasons lost control and struck a silver Honda Accord causing it to hit a pole and overturn. The impact caused the red Mustang to enter the embankment and collide into the D street off-ramp pole. A red Hyundai sedan was struck by debris as a result of the collision.

The collision caused a delay in northbound traffic due to the D Street off-ramp requiring a 1 hour closure for investigation and clean-up of the scene. 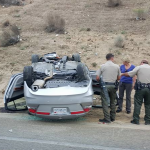