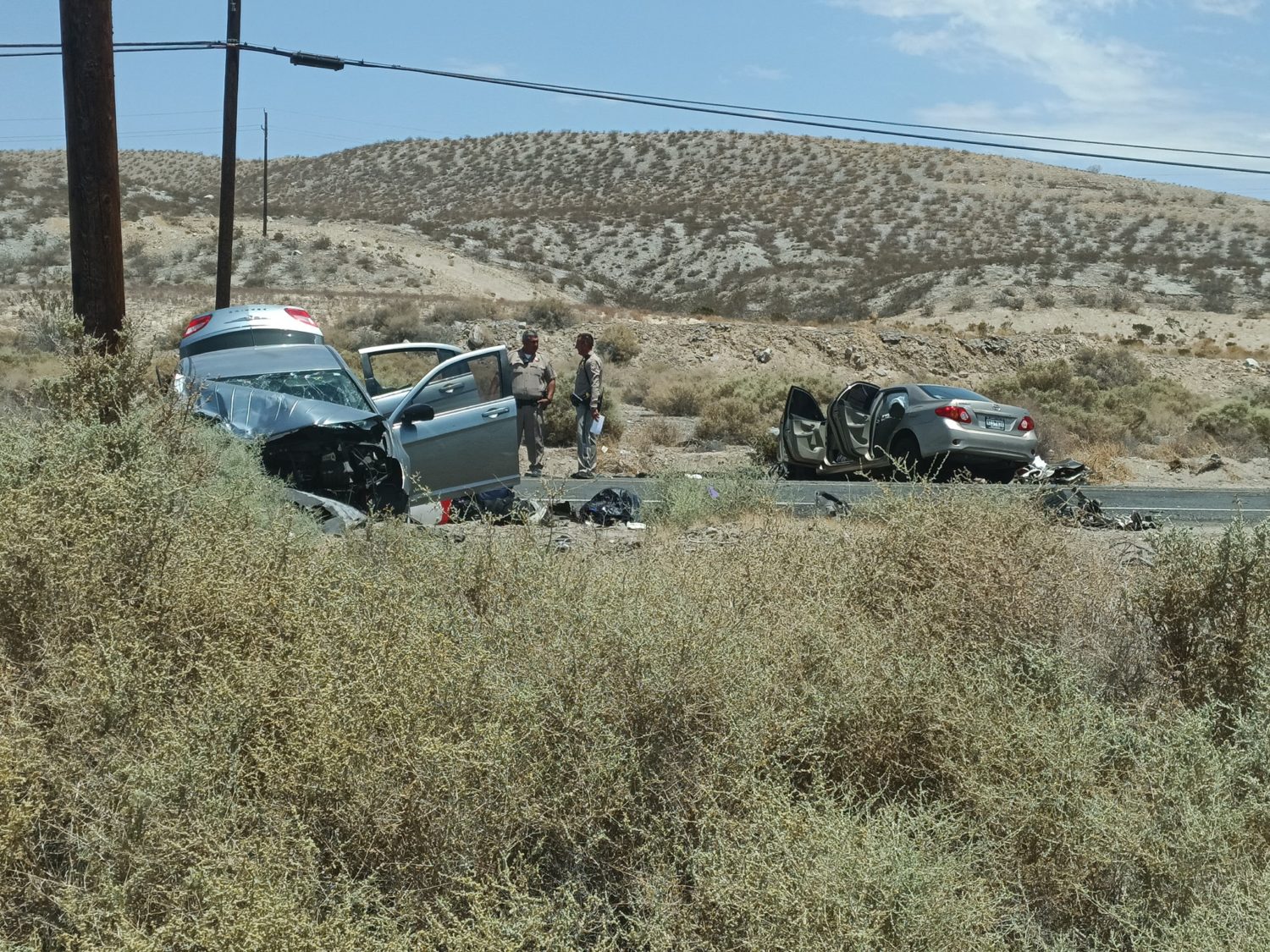 It happened at about 12:45 pm, on July 10th along Route 66 near Robinson Ranch Road/Polish Lane, and involved a silver 4-door sedan and a gold 4-door sedan.

San Bernardino County Fire arrived on scene and reported they had one person trapped and two additional patients, for a total of three. Firefighters used the jaws of life to extricate a female passenger of the gold sedan.

According to witnesses, the driver of the other vehicle fled the scene leaving his injured male passenger behind. Firefighters requested two helicopters land in a nearby field at Riverside Preparatory to airlift two people to out-of-area trauma centers.

Jenette Schade commented in the Life in Helendale/Silver Lakes, CA Facebook group and said the driver who caused the crash was under the influence of marijuana and unable to drive straight.

Another group member, Jeffrey Schade said he was the 3rd car back from the car that was hit and the driver wasn’t attempting to pass.

“He just went straight [over] the curved road rather than staying in his lane. The car smelled bad of weed and the driver of the silver car, (at fault) got out yelled he was ok then ran over the train tracks into the desert,” commented Schade.

National Trails Highway was shut down for the investigation prompting traffic to have to detour using Highway 395.