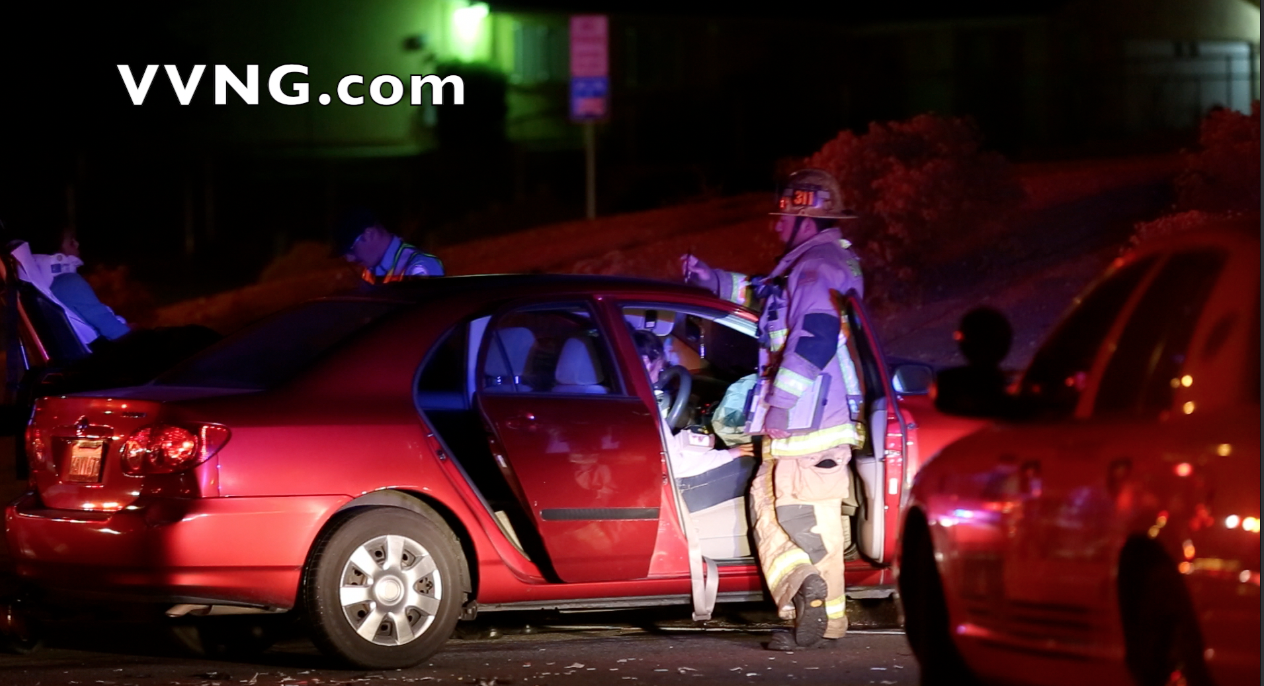 VICTORVILLE – (VVNG.com)-:On November 14th just after 6:30 p.m. dispatch received a report of a head on traffic collision in the area of Nisqualli Road and 7th Avenue.

Upon arrival of first responders two vehicles described as a red Toyota Corolla and a white Dodge Grand Caravan Sport van were blocking the roadway. East bound Nisqualli Road was closed for approximately one hour while the vehicles were removed from the roadway.

The major damage, evening traffic collision, resulted in two of the occupants in the Corolla being injured and requiring transport to local hospitals. A young female driver of the van was visibly shaken up but was not injured.

At this time the exact cause of the accident is unknown. More information will be updated as it becomes available.