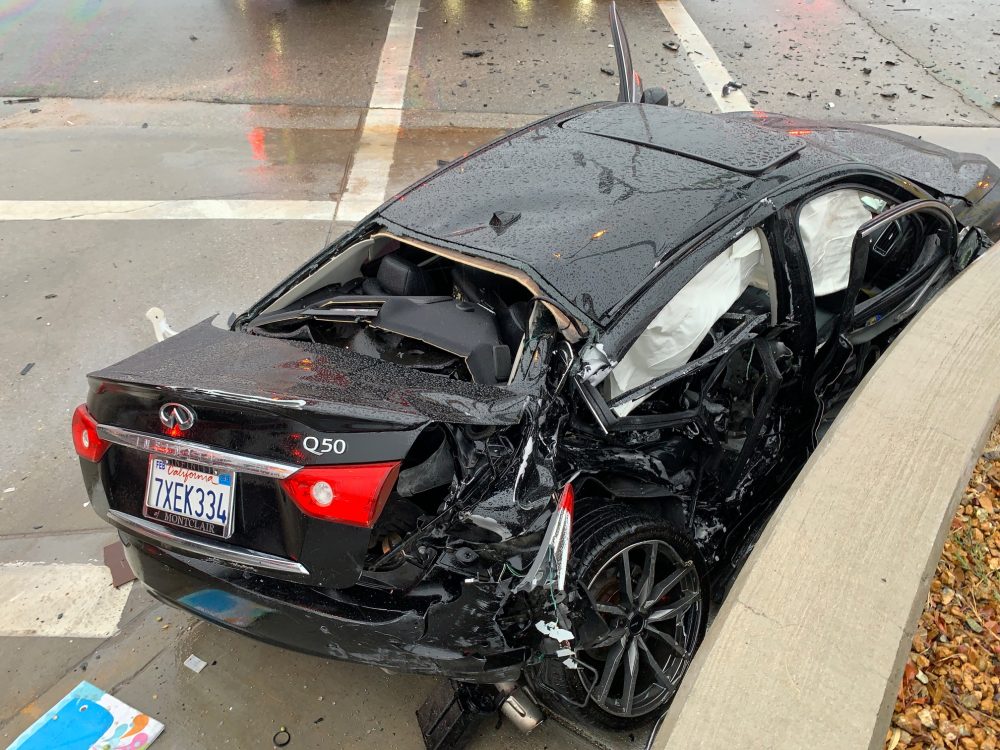 HESPERIA, Calif. (VVNG.com) — Two people from a sedan were transported with non-life threatening injuries to a hospital after a two-car crash Thursday, April 9th, 2020.

It happened at 5:54 p.m. on Bear Valley Road and Second Avenue in Hesperia and involved a white 2018 Dodge Durango and a black 2017 Infiniti Q50.

San Bernardino County Firefighters had to extricate at least one person from the black Infiniti.

The Durango sustained major front-end damage, however, the driver did not require medical transportation to a hospital. The passenger of the Durango was accessed on the scene by medical personnel.

A nearby bench at a VVTA bus stop was damaged as a result of the crash, leaving parts of the bench mangled.

The cause of the crash is under investigation at this time.