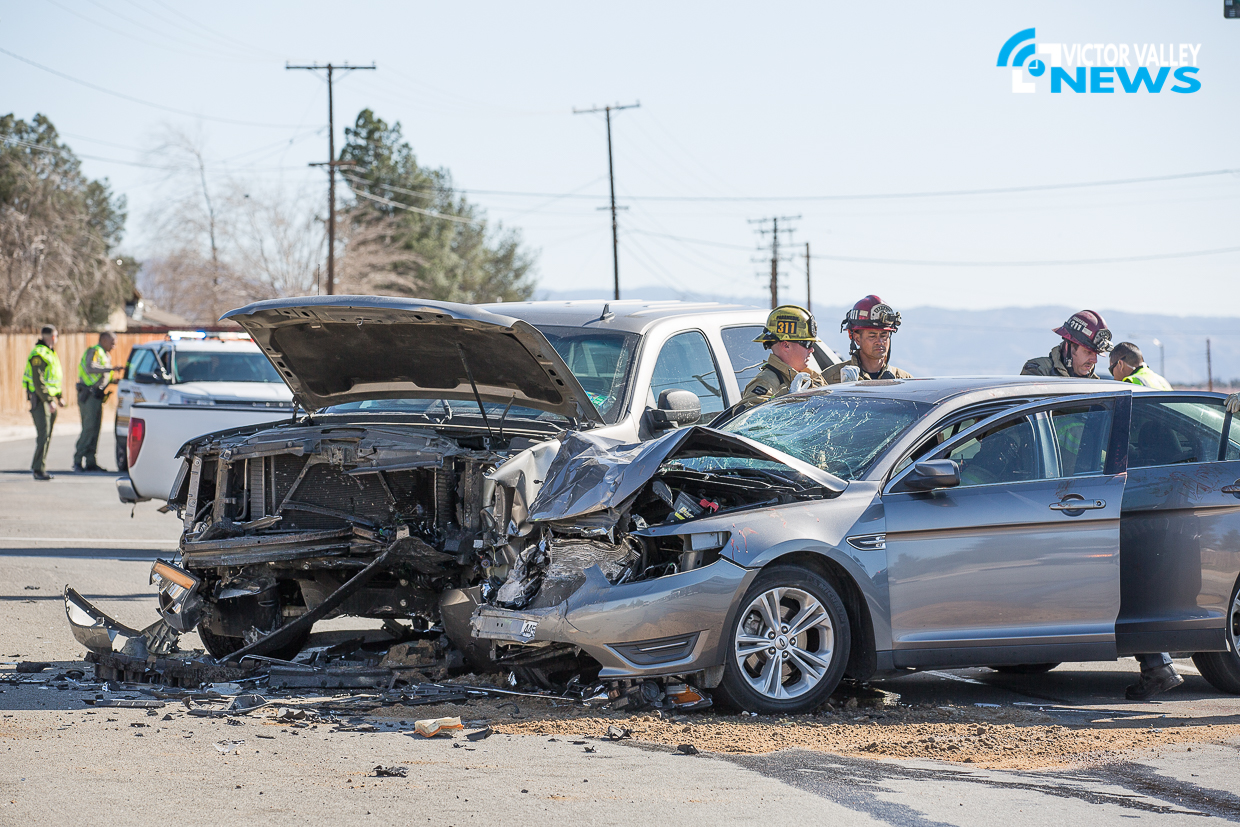 The collision occurred at the intersection of Hesperia Road and Cherry Hill Drive in Victorville.

Deputies arrived on scene and located a Chevy Avalanche and a Ford Taurus with major front end damage.

According to authorities, the Ford Taurus was traveling southbound on Hesperia Road and the Chevy Avalanche was heading north when the two vehicles collided head-on.

San Bernardino Fire Captain Jason Serrano stated a female passenger of the Taurus required minor extrication, and the driver sustained moderate injuries. Both were taken to local hospitals for treatment.

The two male occupants of the Avalanche were not injured.

Traffic on Hesperia Road was jammed as deputies assisted with traffic control. The roadway is expected to be cleared shortly.

The accident remains under investigation by the Victorville Police Department.

The two male occupants in the a Chevy Avalanche did not sustain any injuries during the accident. Passengers in the Ford Taurus sustained moderate injuries. (Gabriel D. Espinoza, Victor Valley News)