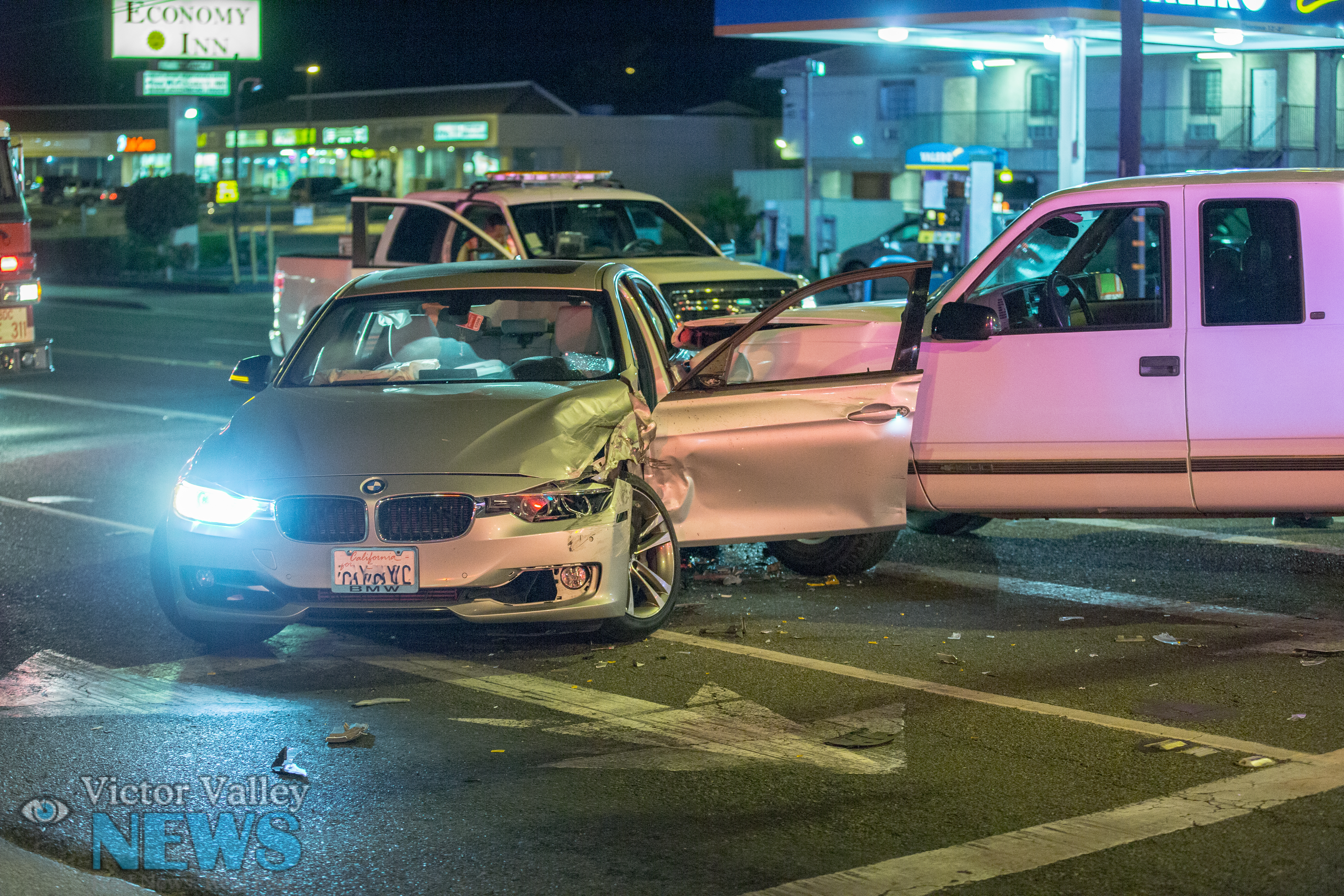 VICTORVILLE:(VVNG.com)- A two vehicle traffic collision was reported at the intersection of Village and Mojave Drives just after 7:00 P.M., on Thursday, November 5, 2015.

The vehicles involved in the collision were a silver BMW and a white older model Chevy Silverado.

According to police, the male driver was traveling southbound on Village Drive at a high rate of speed and failed to properly stop and collided into the BMW waiting at a red light in the eastbound lanes of traffic on Mojave Drive.

Kevin and Andrea Randall, witnessed the pick-up truck speeding on Village Drive moments before the crash. “We were pulling out of the gas station and he was coming towards us. He was going very fast and didn’t even stop at the light”, Stated Kevin. “He slammed straight into the couple inside the car and we ran over to help them.”

Both the male and female occupants of the BMW were transported to a local hospital with non life threatening injuries. The male driver and sole occupant of the pick-up truck was not injured.

Police conducted a field sobriety test on the driver of the truck but it was later determined drugs or alcohol were not a factor in the collision. He was however, taken by police for driving on a suspended drivers license and a pre-existing warrant.