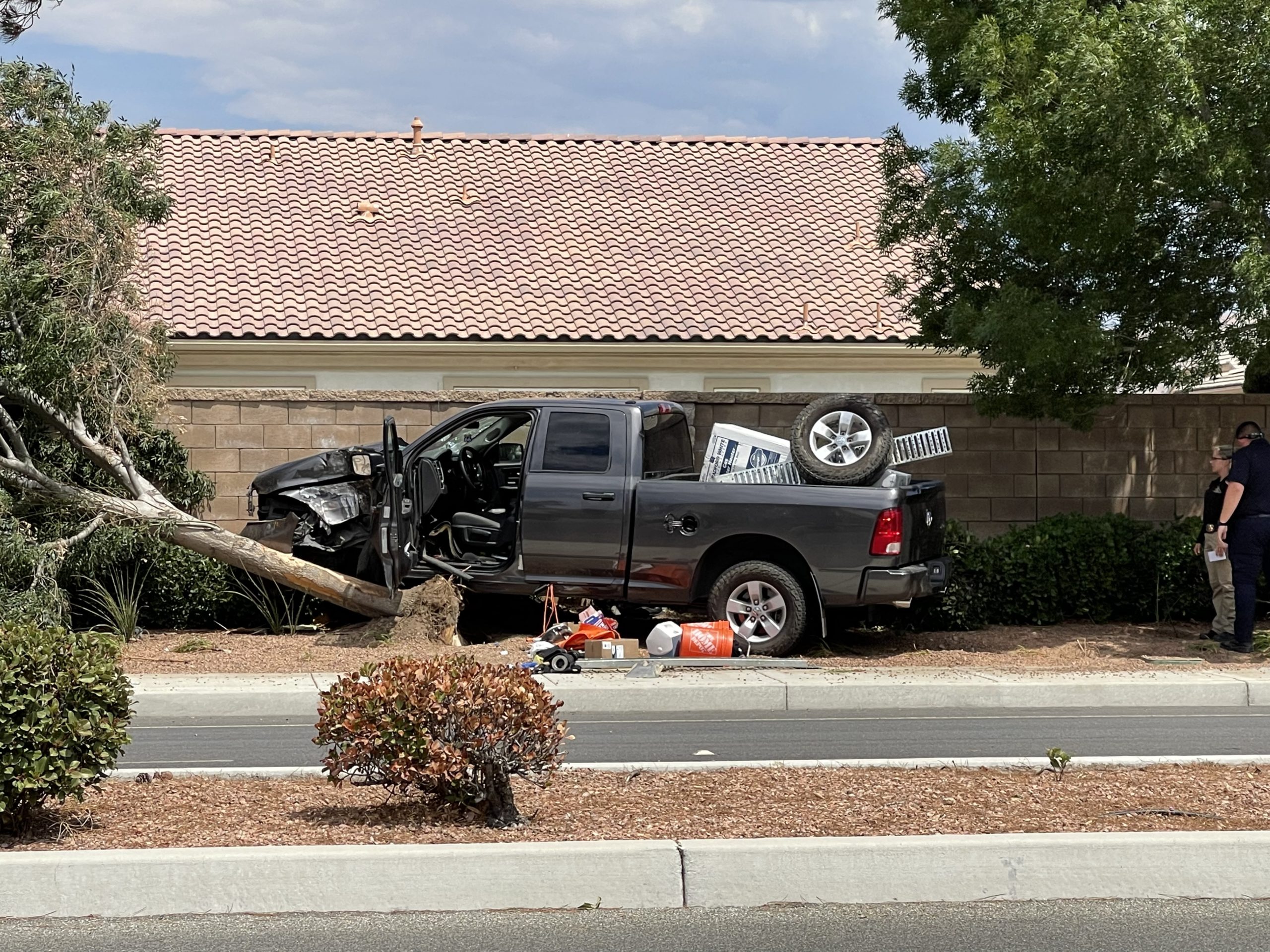 APPLE VALLEY, Calif. (VVNG.com) — Two people were injured after a pickup truck collided into a tree Thursday in Apple Valley.

The single-vehicle crash was reported at 1:57 pm, along Apple Valley Road near Chicory Ct. in the community of Sun City.

For reasons still unknown, a gray Dodge Ram lost control, crashed through the center landscaped median, before crashing into a large tree near a block wall where it came to a stop.

Firefighters from the Apple Valley Fire Protection District requested a helicopter to land in the roadway near the scene.

Northbound lanes were temporarily blocked to allow for the investigation and clean-up. The Apple Valley Police Department is investigating the collision.