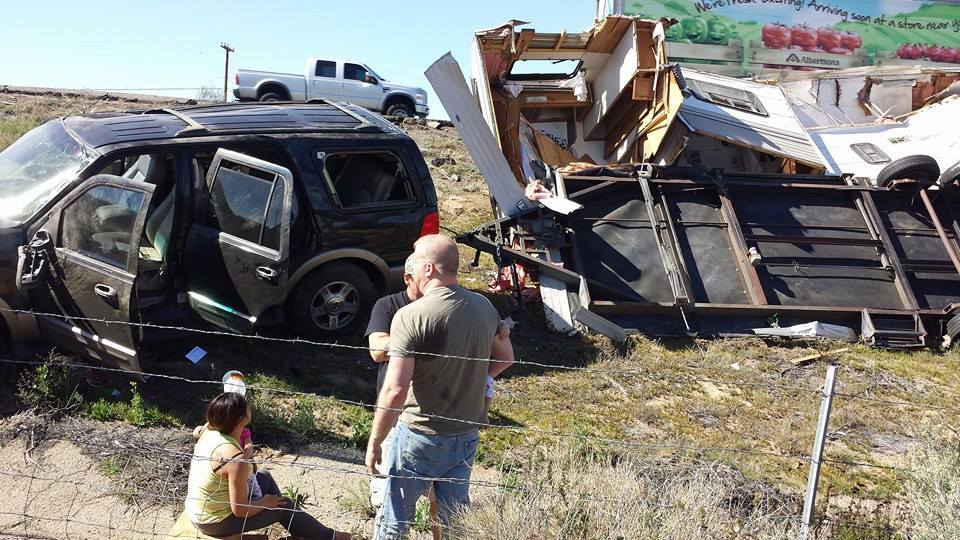 HESPERIA-(VVNG.com): A single vehicle traffic collision occurred on Monday, March 9th at approximately 2:30 p.m.  A Ford Excursion with a camping trailer was heading northbound on the 15 freeway, when for unknown reasons it left the roadway near the Hwy 395 exit.

The vehicle went several feet down the embankment causing the vehicle and large attached travel trailer to overturn.

According to the CHP, the vehicles were never blocking lanes of traffic, so the collision did not result in any additional traffic to Northbound I-15 lanes.

Per CHP logs, a school bus and tractor-trailer were stuck in lanes southbound on Mariposa at Ranchero since they were too large to turn around.