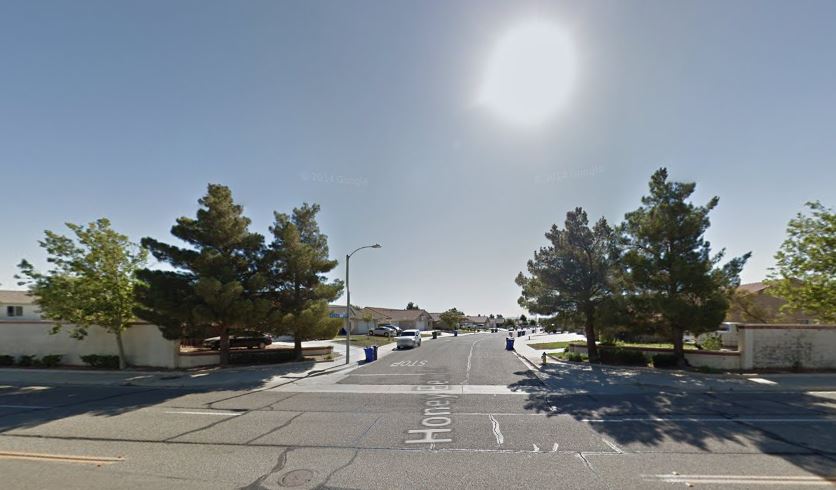 VICTORVILLE:(VVNG.com)- At approximately 10:30 am on Friday, October 3rd, a Victorville resident living on Cantina drive and Honeybear drive was in her kitchen cooking breakfast when she went into her room to take her medication. As she took her medication she noticed through the corner of her eye men outside her window in her side yard. She quickly ran to shut the patio door in an attempt to keep the men out of her home. As she closed the door one of the suspects tried to hold it open while the other was brandishing the machete as if he planned on breaking the glass with it.

Four people were in the home at the time of the incident.  When the first victim, Jamie Maguill, saw them still attempting to get into the home she screamed to her other roommates to close the other patio door. “It was a nice day, I did not think anyone would break in with four people and three dogs at our home” explained Maguill. During the frightening ordeal her approximately 70 pound Weinheimer dog sprung into action chasing the suspects away from the home.

Although she had only noticed two of the suspects a nearby city worker had witnessed three that had fled the scene on bikes into the desert area towards Highway 395.  She later explained that she believed they had not got into her home immediately after the incident taking place. Later when looking for her cash to pay some bills she realized that they had stolen approximately $4,300-$4400 from her night stand, $4100 of the cash was in hundred-dollar bills and the remainder in a water bottle she was saving change in for several years in to take her son on a vacation.

Two suspects are in custody and authorities are still looking for information to lead to an arrest of the third suspect. The Sheriffs found the machete on the corner of Cantina Drive and Honeybear Drive. Since the cash was not yet recovered, Maguill believes the third suspect is likely be in possession of the stolen cash. The two suspects she had seen were both believed to be Hispanic with brown hair and brown eyes. One was approximately 5’5 or even possibly shorter, while the other was approximately 5’8” tall. They both wore hoodies, one covered some of his face with a scarf and the other with his shirt.

If you have any information to assist in helping the authorities locate the third suspect or any other information that you believe to be helpful please contact Sgt. Shelton at 760-241-2911 or after hours at 760-245-4211 or remain anonymous by calling WE TIP at 800-78 CRIME.

Man Sentenced to 15 Years to Life for Dog Mauling