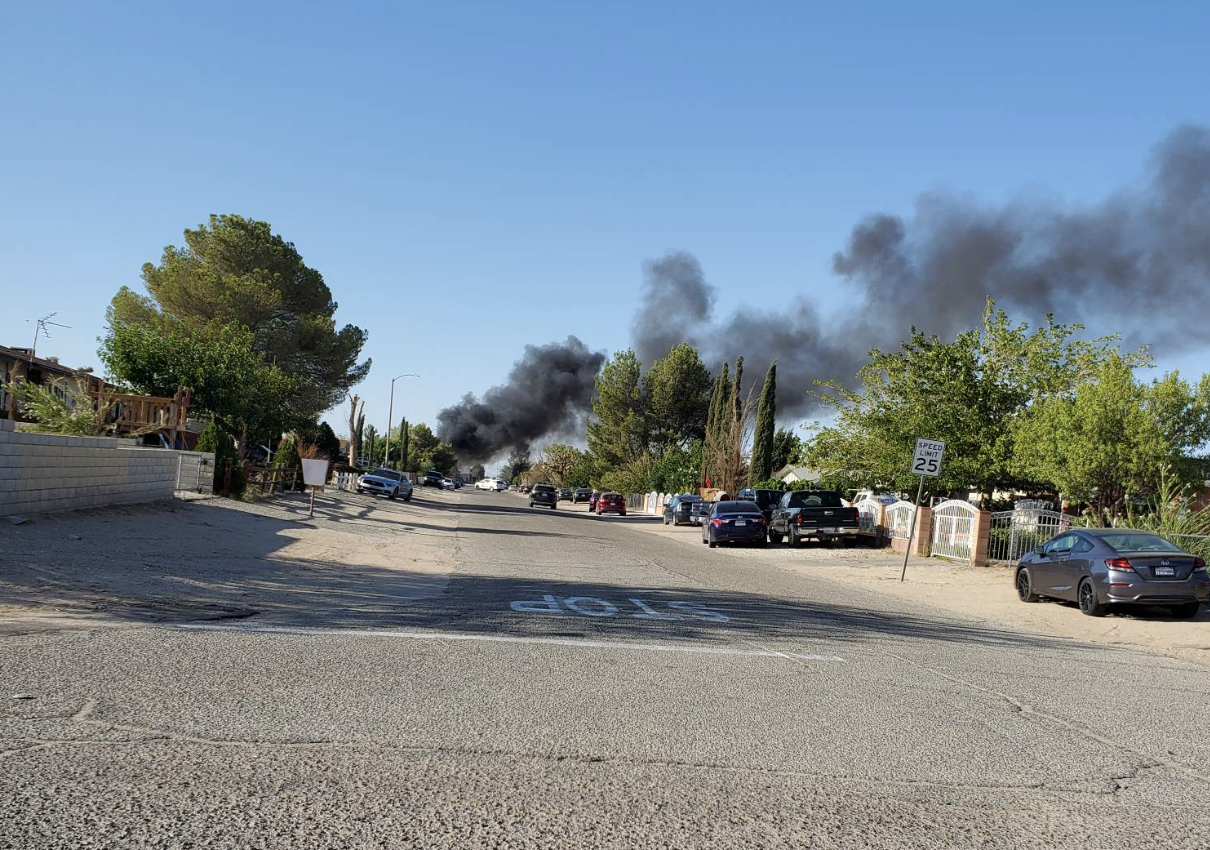 (Photo by Heather Bender, for VVNG.com)

According to a sheriff’s news release, the suspect identified as 34-year-old Jose Banderas, called 911 and told dispatch he had a weapon and was going to harm his girlfriend.

Deputies arrived at the residence and found Banderas standing in the front yard with a gun. Officials said the suspect paced back and forth, before entering his residence. He refused to come back outside and showed the gun periodically through the window.

According to a news release, “after approximately 2 hours of attempted negotiations to have him exit the house Banderas lit a fire inside. The residence became fully engulfed by the fire and Banderas ran out the back door. No one else was inside the residence.”

The fire quickly spread to a residence to the south and both homes were destroyed in the fire.

Jose Banderas and a Deputy Sheriff were transported to a local hospital for smoke inhalation. No other injuries resulted from the incident. The deputy was released and is recovering at home.

Banderas was also released from the hospital and booked at High Desert Detention Center for arson. He is currently being held in lieu of $250,000.00 bail.

San Bernardino County Fire personnel responded to the incident and extinguished the fire, with assistance from the Victorville Fire Department.

The investigation is ongoing and anyone with information is asked to contact Deputy L. Melo, at Victor Valley Sheriff’s Station 760-552-6800. Callers can remain anonymous and contact We-Tip at 800-78CRIME or www.wetip.com.