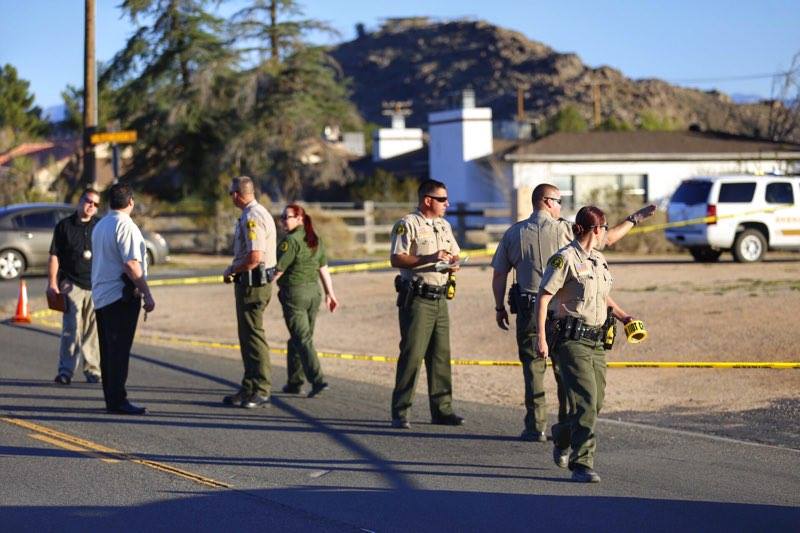 APPLE VALLEY-(VVNG.com):  Deputies from the Apple Valley station responded to a residence on the 19900 block of Outer Highway 18 South after a report of two deceased elderly adults found at the residence on Monday afternoon.

San Bernardino County Sheriff’s Department Spokeswoman Jodi Miller told Victor Valley News that they received the report at 4:17 p.m. after a family friend went to the home to check on the couple and located the two deceased.

Per scanner traffic, the two were found in the garage of the home, and the circumstances were called “suspicious” for unknown reasons.

The elderly male and female according to sheriff’s officials were a couple and the cause of death is pending investigation. Detectives from the Specialized Investigations Division are responding to conduct the Death Investigation.

The name of the deceased man and woman will be withheld pending notification of next of kin by the San Bernardino County Sheriff’s Deputy Coroner. No additional information is available for release at this time, information will be updated as it becomes available.