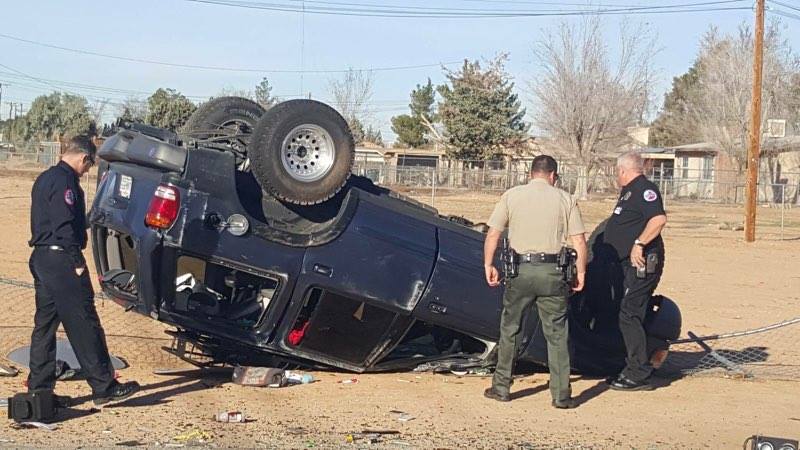 Reporting parties were able to describe the clothing worn by the suspects and the direction in which they fled. A ground and air search were conducted with the assistance of the Apple Valley School Police and the CHP helicopter.

At 8:25 a.m. the first suspect was located on Esaw, the second suspect was detained shortly after. Both suspects refused medical aid, at least, one was arrested as a result of the collision.