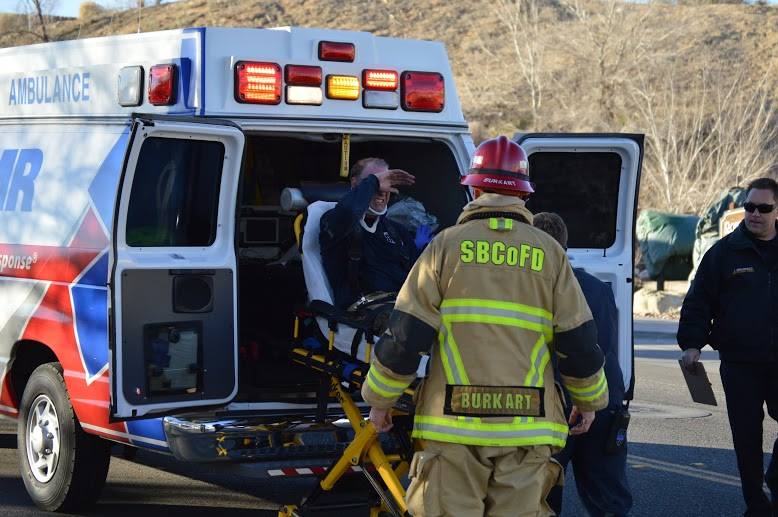 VICTORVILLE -(VVNG.com): The San Bernardino County Fire Department responded to a structure fire at approximately 7:30 a.m. on the morning of January 3. Upon arrival to the 2nd alarm apartment fire, flames could be seen coming from the windows and roof of the upper unit in the apartment complex.

The fast-moving blaze, at the Rodeo Meadow Apartments located at the 14100 block of Rodeo Drive caused approximately 25 occupants from eight apartments to self-evacuate. Those who evacuated alerted the  firefighters to the other occupants still inside the apartments. Firefighters conducted a cursory search of all the apartments and assist with the evacuation of several additional occupants.

According to the San Bernardino Fire Department, a total of 29 personnel on 3 trucks, 7 engines, 3 battalion chiefs and one engine from the Apple Valley Fire Protection District responded to extinguish the ferocious blaze. Two firefighters were transported by ground ambulance with moderate to major, non-life-threatening injuries to Arrowhead Regional Medical Center as a result of a roof and ceiling collapse. One occupant was treated with smoke inhalation and was released at the scene.

According to the San Bernardino County Fire Department public information officer, Tracey Martinez the fire was determined to have started in the balcony area of an upstairs apartment unit and firefighters were able to keep it contained in the kitchen, living room and attic area of one apartment unit.

The sprinkler system inside the apartment activated assisting the firefighters in their efforts to quickly contain and extinguish the fire. Smoke detectors alerted residents to the fire in their apartment. The female occupant stated she awoke when she heard the smoke detector alarm and was able to wake her brother and together they got all three kids out of the apartment as flames roared overhead across the ceiling.

The Red Cross was called in to assist those displaced by the fire damage. The cause of the 45-minute long fire has not yet been determined and is still under investigation by San Bernardino County Fire Investigator Brian Headley.

One apartment sustained major damage, while eight others sustained water and smoke damage. The American Red Cross responded to assist 9 adults and 7 kids who were displaced due to the damage. Preliminary damage is estimated over $200,000. 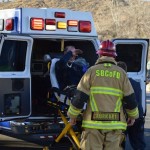 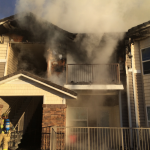 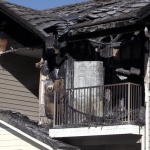