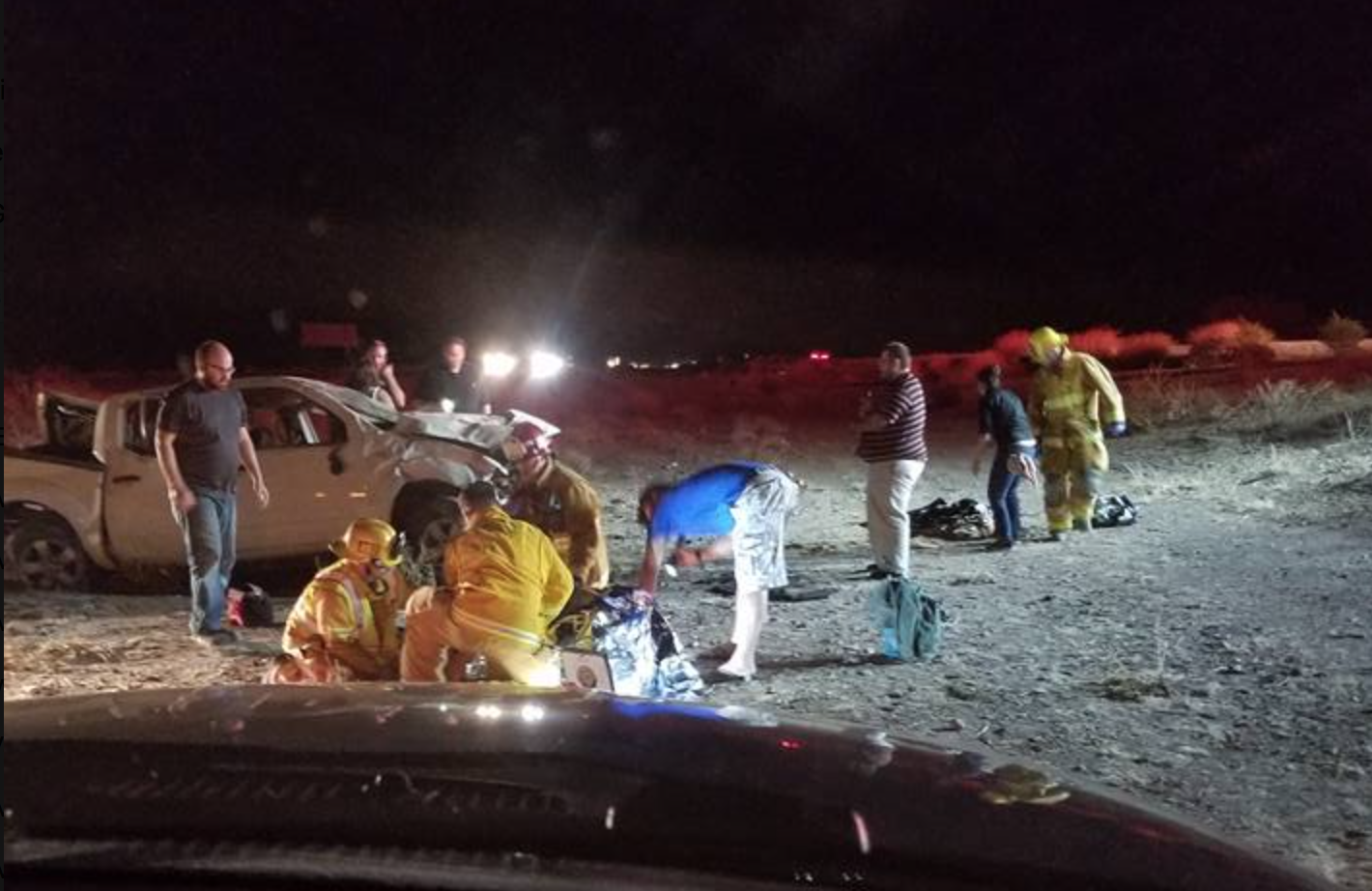 NEWBERRY SPRINGS, Calif. (VVNG.com) One person was killed and another was airlifted after they were ejected during a rollover crash Sunday night.

It happened at 6:05 p.m. near mile marker 50 on Interstate 40 in the town of Newberry Springs, according to the California Highway Patrol incident logs.

For reasons still under investigation, the driver of a white Nissan Frontier lost control and rolled several times before coming to a stop 30 feet off the roadway in the dirt center divider of the I-40.

Scanner traffic reported two people were ejected from the vehicle. One patient was pronounced dead on arrival and an air ambulance was requested to airlift the second patient to a trauma center.

Victor Valley News member Christy Dye Carter was traveling along the highway and witnessed the crash. According to Carter, a man, woman, and small puppy were inside the pickup truck at the time of the accident. Carter said the man passed away and the woman appeared to have survived, and a bystander was caring for the puppy.

The cause of the crash is under investigation by the California Highway Patrol – Barstow Division.