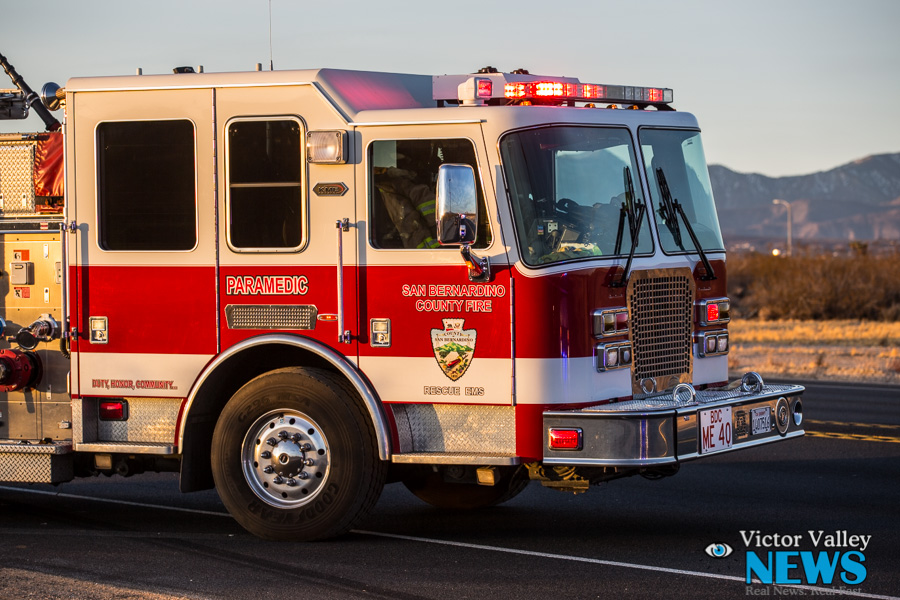 ADELANTO-(VVNG.com): San Bernardino County Fire Department personnel responded to a report of a Wednesday night structure fire in the area of Koala Drive and El Mirage Road. A large orange glow from the flames and heavy smoke was visible for several miles away.

Firefighters arrived shortly after the report to find the 2200 square foot 2-story home that was fully engulfed with numerous exposures. The property contained several out buildings including trailers and modular structures.

A total of 28 fire personnel responded to the fire including 7 paramedic engine companies, 1 paramedic truck company, 1 medic squad, 1 inmate fire crew, 1 water tender and 1 fire investigator. Efforts were hampered due to the no water being available near the property.

San Bernardino County Fire Department Spokesman, Jeff Allen said that the fire was knocked down within about 30 minutes of their arrival. The home was vacant and two dogs on the property were saved.

After the fire was fully extinguished, crew remained on scene for an extensive overhaul and mop up. The home a long with several other structures on the property were deemed a complete loss. Damages are estimated to be $200,000 and the cause of the fire is still under investigation at this time.