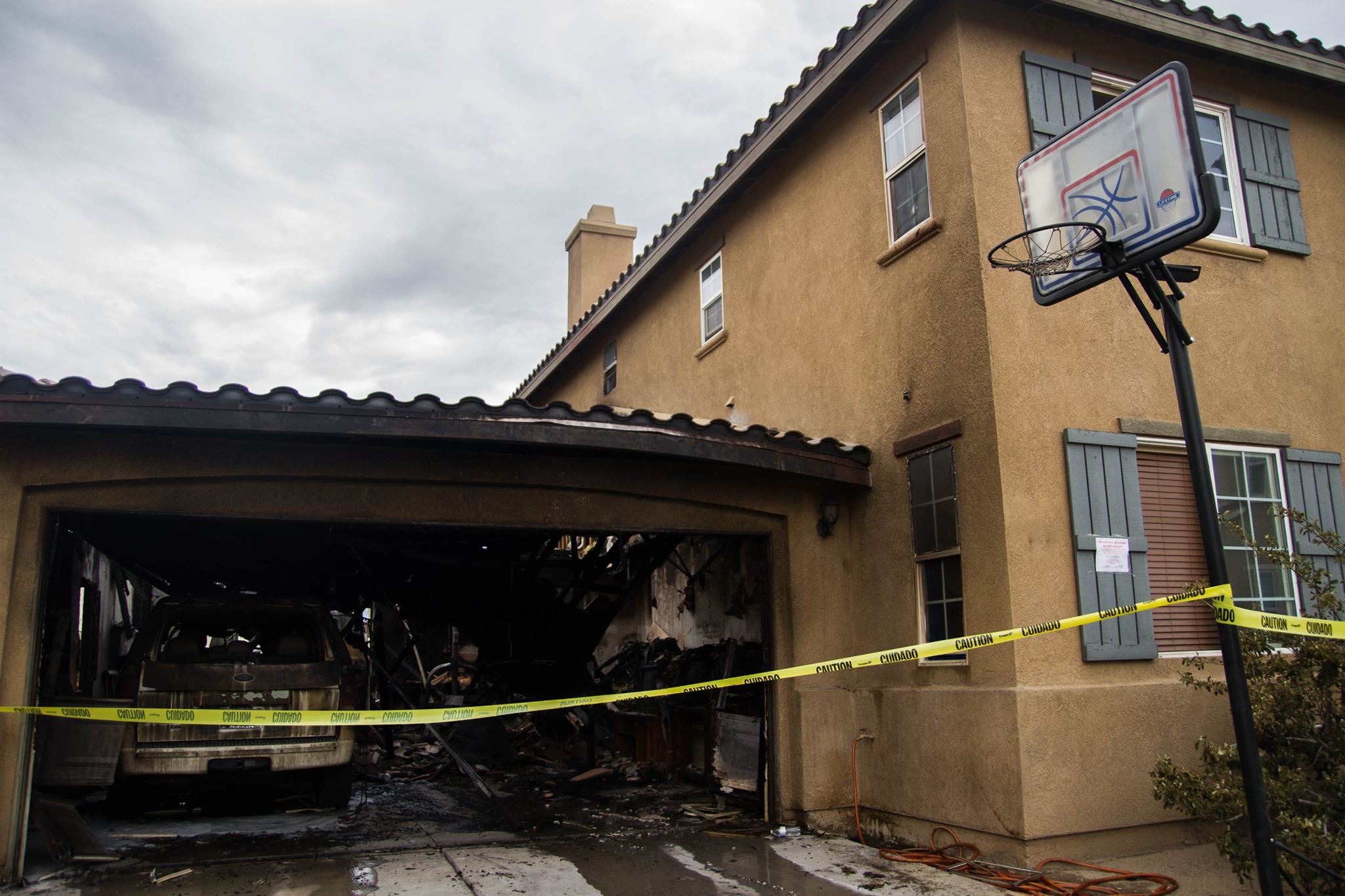 VICTORVILLE:(VVNG.com)- A Saturday afternoon house fire caused an estimated $50,000 in damages and claimed the lives of two little dogs.

Multiple fire engines from the San Bernardino County Fire Department responded to reports of a house fire in the area of Hook Blvd. and Amethyst Road in Victorville just before 12:00 P.M., on September 12, 2015.

When firefighters arrived on scene they found large flames and thick black smoke coming from the garage of the 3,200 square feet 2-story home.

Rachel Kanaka’ole lives in the home and she told Victor Valley News that everyone was able to safely get out in time. However, two family dogs that were in the garage perished in the fire.

All of our family is okay, sadly we did lose two pets and our family car. Thank you to the firefighters who contained it before it spread to the whole house or neighborhood,” stated Rachel Kanaka’ole.

“Firefighters told us that a firewall built into the garage helped keep the fire from spreading into the rest of the home,” stated Rachel. The fire burned a portion of a wooden fence diving the adjacent home.

No other injuries were reported as a result of the fire. The American Red Cross also responded to lend a hand.

At this time the cause of the fire is under investigation. More information will be updated as it becomes available. 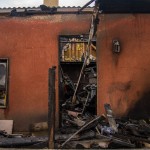 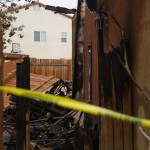 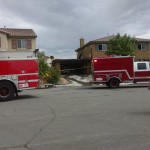