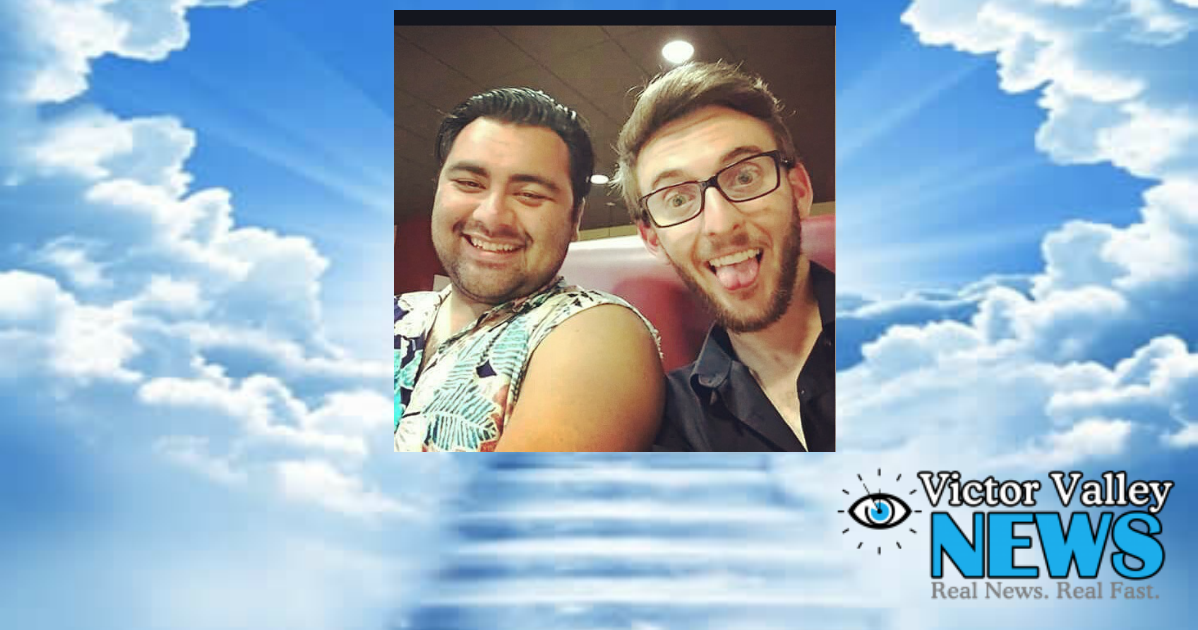 VICTORVILLE-(VVNG.com): Two young men that died in a late Sunday night traffic collision have been identified by family as, 22-year-old Jonathan Chavez and his best friend Matthew Potts.

At about 9:45 p.m. on Sunday, August 30th dispatch received a call reporting a major damage, major injury traffic collision. San Bernardino County Fire, along with deputies from the Victorville station responded to the 16900 block of Nisqualli Road.

Upon arrival they located two males sitting in the front of a black Chevy Impala. Medical personnel on scene determined that both males were dead at the scene. Three others, a female and two juveniles were airlifted to Loma Linda University Medical Center for treatment of moderate injuries.

Witnesses said, the Chevy Impala was traveling east and the Nissan Murano was traveling west on Nisqualli Road. For reasons still under investigation, the Impala swerved across lanes into the westbound lanes into the path of the Murano. The female driver in the Murano was unable to stop her vehicle on time consequently hitting the passenger side of the Impala. The impact sent the Impala through the fence where it rested within the perimeter gate of the Casa Bella Apartments. The Murano came to a rest in the westbound #2 lane of Nisqualli Road.

The family of both young men are understandably devastated by the loss of the two best friends The family of Chavez will be having a candlelight vigil in his memory September 1st at 6:30 p.m. at 15988 Arroyo Drive 92395. The public is welcome to attend to celebrate the life of these young men. The family will also be setting up a memorial account soon in order to help with the unanticipated funeral expense.