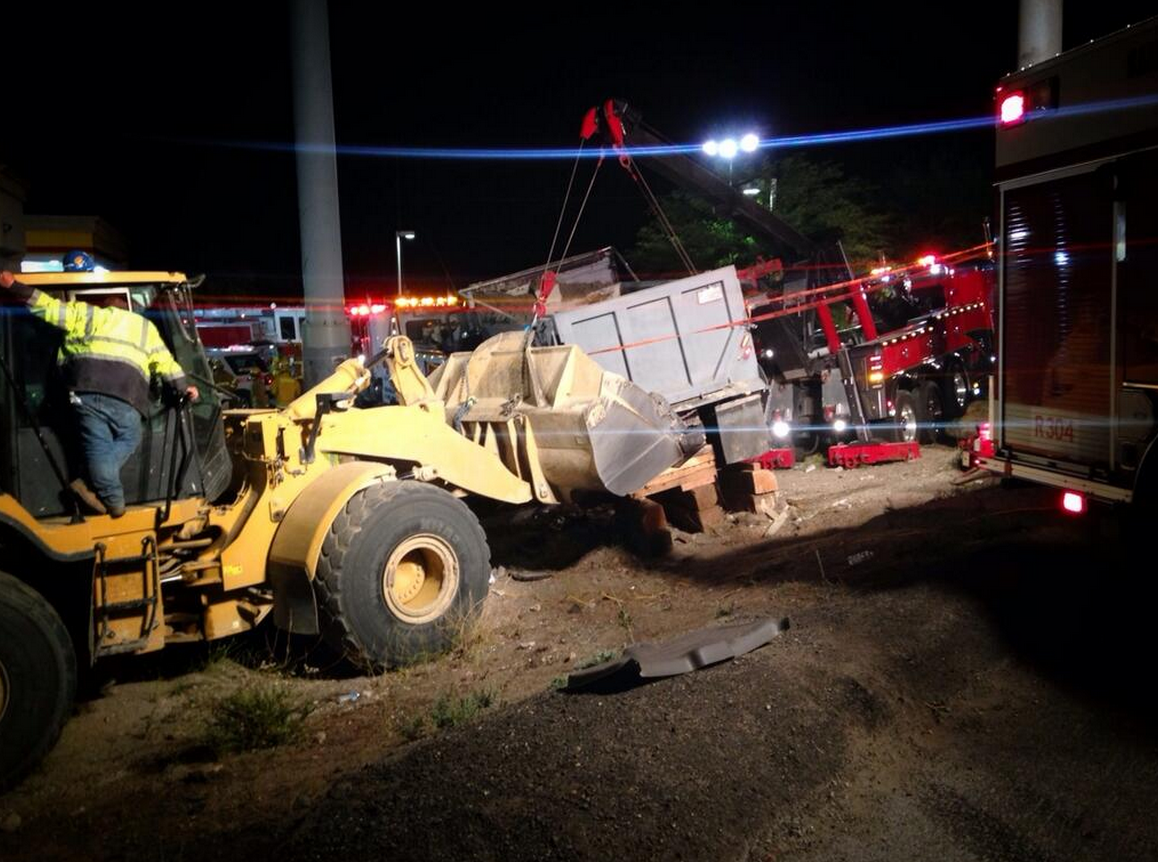 CAJON PASS:(VVNG.com)- A group of five friends traveling from the Victor Valley planning on spending a day at the beach were involved in a fatal traffic collision at 11:40 p.m. on Tuesday.

Two people have died as a result of the accident and three other surviving occupants were transported to trauma centers and are reported to have life threatening injuries. One person was pronounced dead on arrival and the second died a short time later at a hospital.

An 80,000 pound 3-axel dump truck loaded with a fresh load of concrete lost its brakes as it was exiting the southbound 15 freeway then crossed through an intersection and struck a PT Cruiser that was traveling westbound on Highway 138. Carried the car down an embankment and crushing the vehicle before coming to rest on top of the vehicle in the parking lot of a Shell gas station.

According to the San Bernardino Fire Department, firefighters used two heavy-lift tow vehicles to stabilize and lift the dump truck off of the vehicle before using the jaws of life to complete the extrication. It took fire fighters approximately 2 hours to extricate the patients from the wreck.

All occupants involved were determined to be teenagers and residents of the Victor Valley. Family and friends have identified the deceased patients as 18-year-old Nicole Brittany Lyle and 16-year-old John Cabrera. The three surviving occupants are Mikey, Shane, and David.

The female driver of the dump truck was not injured. More information will be posted as it becomes available.

To follow this post and more late breaking news join our FB group VVNG with over 42,000 members www.facebook.com/groups/victorvalleynews