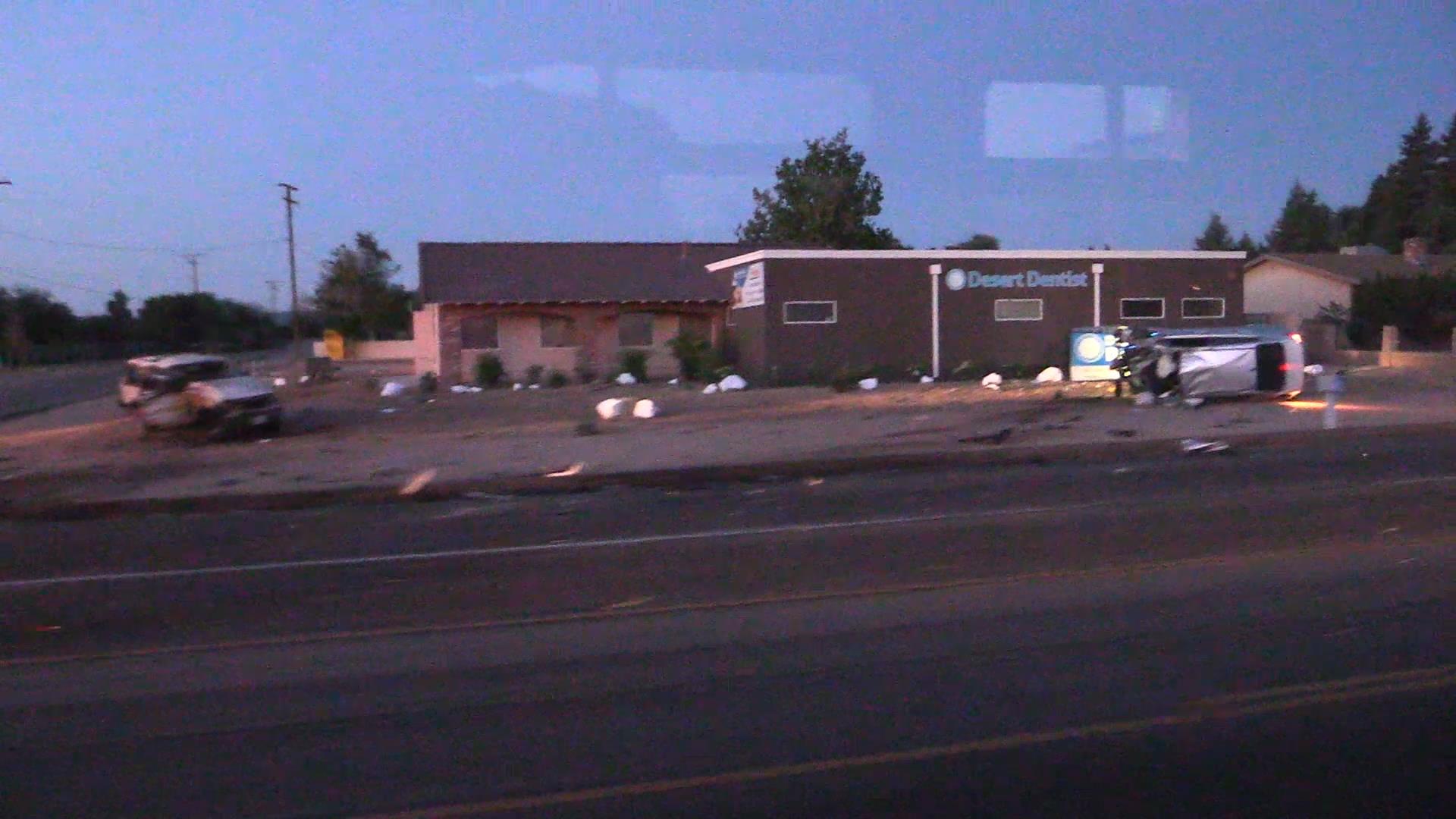 [googlemap src=”” align=”alignright” ]HESPERIA: (VVNG) –  According to a San Bernardino Coroners release, on Thursday May 15 2014 at 4:37 a.m., Deputies from the Hesperia Station and rescue personnel from the San Bernardino County Fire Department responded to a two vehicle traffic collision on Main St. at Oakwood Ave. in Hesperia.

Upon arrival deputies found that two vehicles had been involved in the collision which occurred in the westbound lanes of Main St. Investigators determined that one of the vehicles, a 2000 Ford SUV traveling west on Main St. was struck by a 2014 Kia 4-door passenger car which failed to stop at the southbound Oakwood stop sign. Both vehicles overturned and came to rest off the roadway in front of a business.

The male driver of the Kia was pronounced deceased at the scene By medical staff. An adult female passenger from the Kia was ejected from the vehicle and suffered major injuries. Despite efforts by medical personnel on scene of the earlier traffic collision, and those at Arrowhead Regional Medical Center, the adult female passenger who had been ejected during the collision died as a result of her injuries. The female was pronounced deceased at ARMC by medical staff there after arriving. The identity of the deceased victims will be released pending notification of next of kin.

Photo: Amber B. Sherwood via VVNG

The male driver of the Ford SUV suffered moderate injuries and he was transported to a local hospital by ground.

Deputies from the Hesperia Station’s Major Accident Investigation Team (MAIT) are conducting the investigation and the name of the involved parties is pending positive identification and notification of family.

Main Street was re-opened to all traffic at about 9:30 a.m. in both directions between Maple Avenue and Cottonwood Street.

The investigation is ongoing and anyone with information or anyone who may have witnessed the collision is asked to contact Deputy Charles Foster from the Hesperia Station at 760-947-1500.