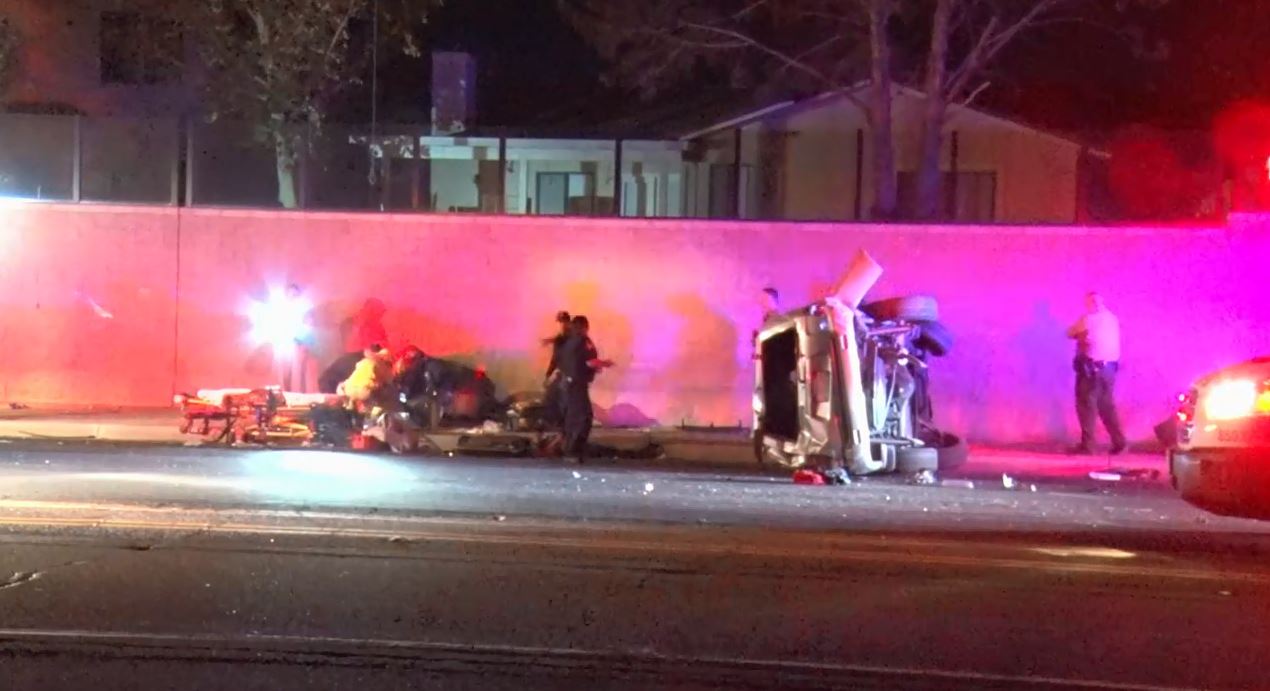 VICTORVILLE, Calif. (VVNG.com) One person suffered major injuries after they were ejected from a single vehicle rollover crash Thursday night, and another person was left critically injured.

The crash was reported at 8:38 pm, on Ridgecrest Road and Chinquapin Drive near the entrance to the Mojave Narrows Regional Park.

Emergency crews responded and located an SUV on its side with major damage after rolling an unknown amount of times. One person was ejected and CPR was in progress on the second patient, scanner traffic reported.

A total of two medical helicopters were initially requested to airlift both occupants to a trauma center,  but one was later cancelled, per scanner traffic.

Additional information was not immediately available as of 11:00 p.m. Thursday night. Information will be updated as it becomes available.