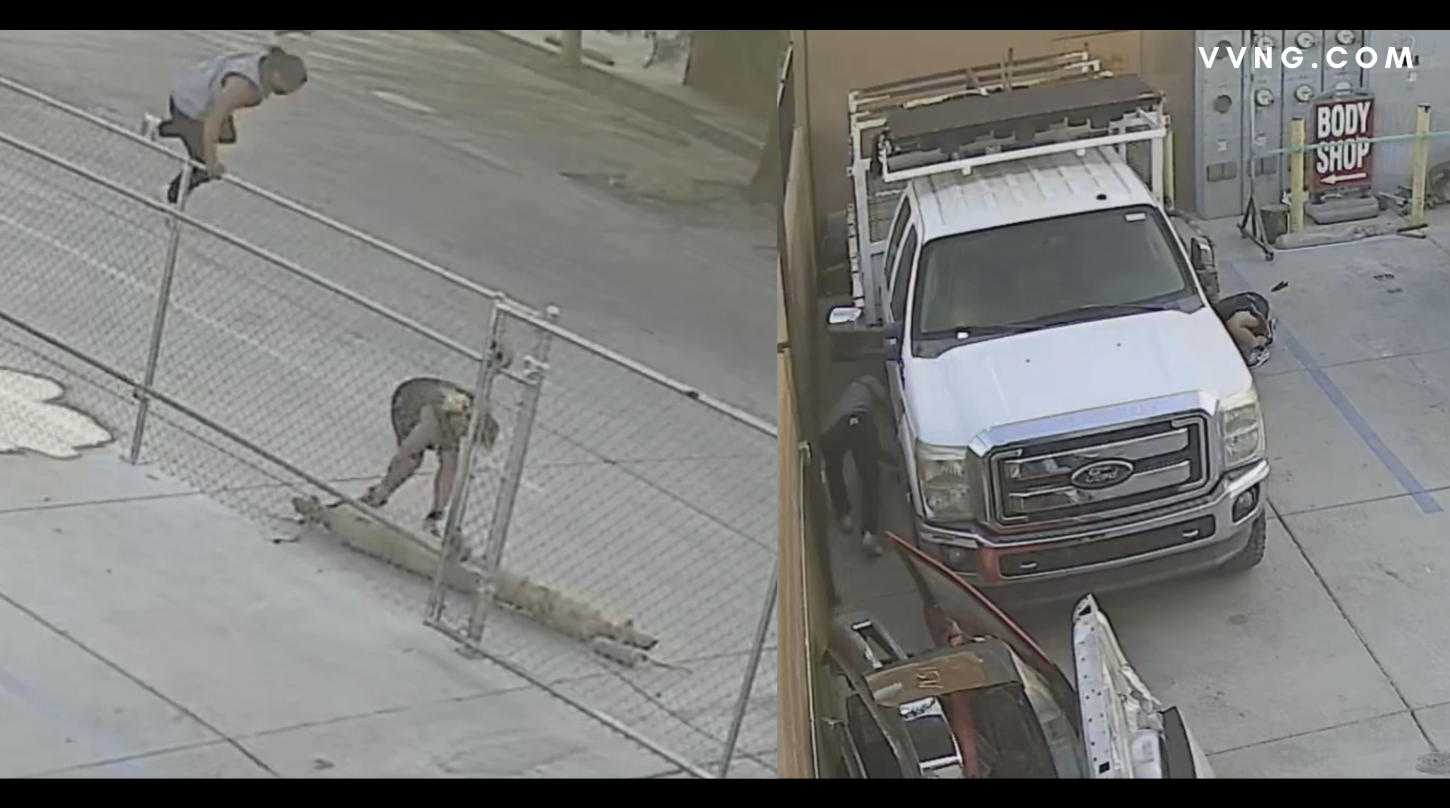 APPLE VALLEY, Calif. (VVNG.com) — A pair of previously convicted felons were arrested after they were caught on video stealing a catalytic converter in Apple Valley.

After a lengthy investigation, Deputy Rollins identified the two suspects as convicted felons, 36-year-old Gabriel Gonzalez, a resident of Phelan, and 32-year-old Jessica Monroy, a resident of Hesperia.

However, at the time of this discovery, Gabriel was already in custody at the High Desert Detention Center for an unrelated charge.

On Wednesday, October 06, 2021, Jessica was arrested and booked at the High Desert Detention Center for PC487(A), Grand Theft. Gabriel was also charged with PC487(A) in addition to an unrelated charge.

The investigation into the recycling center that accepted this stolen catalytic converter is ongoing, and any evidence suggesting unlawful or improper conduct will be thoroughly addressed.

Anyone with information regarding this investigation or similar incidents is urged to contact Deputy Jacob Rollins at the Apple Valley Police Department at (760) 240-7400 or Sheriff’s Dispatch at (760) 956-5001. Callers wishing to remain anonymous may call the We-Tip Hotline at 1-800-78CRIME (27463) or visit the We-Tip website at www.wetip.com.