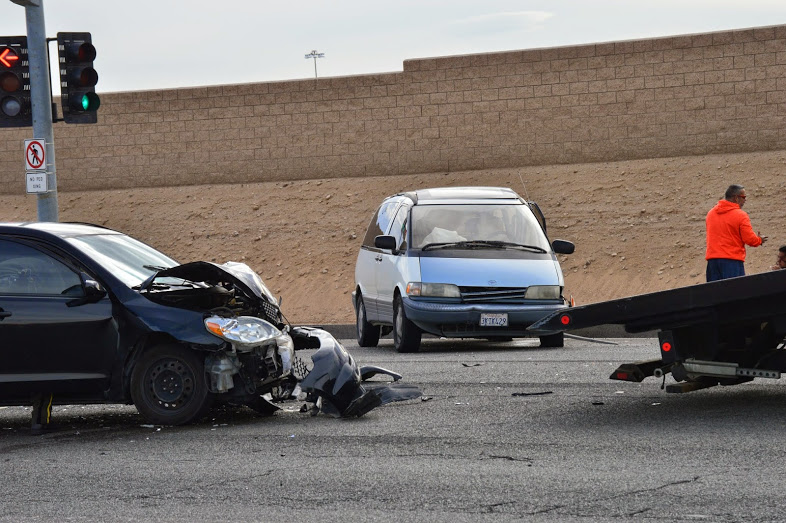 VICTORVILLE-(VVNG.com): On Thursday December 11, 2014 at approximately 10:09 a.m. dispatch received a report of a two vehicle traffic collision on Air Expressway at the Nevada avenue intersection.  According to witness accounts the white Toyota Previa  failed to stop at the red light causing it to collide into the blacK Toyota Matrix.

San Bernardino county Sheriff’s at the scene stopped traffic heading eastbound from Air Expressway and Phantom Street for clean up, while westbound traffic remained open to drivers. There were no injuries reported as a result of the collision. One woman that was driving the black Toyota Matrix was transported by ground ambulance to a local hospital.