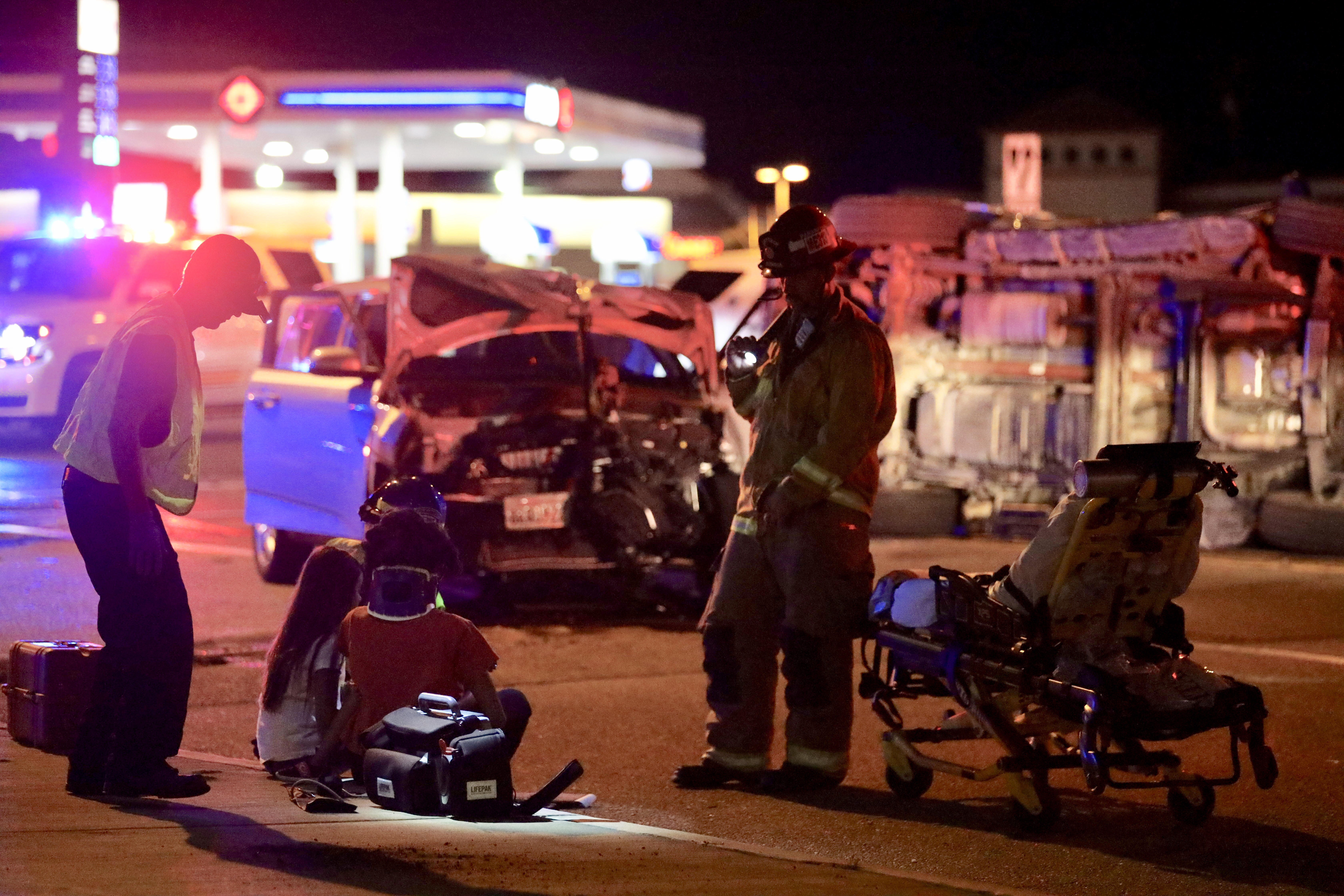 A white SUV was overturned in the southbound lanes of 7th Avenue, just north of Bear Valley Road, in front of Rite-aid. A second vehicle, a Kia Soul, had major front end damage.

A woman and two children in the Kia were treated onscene by first responders. 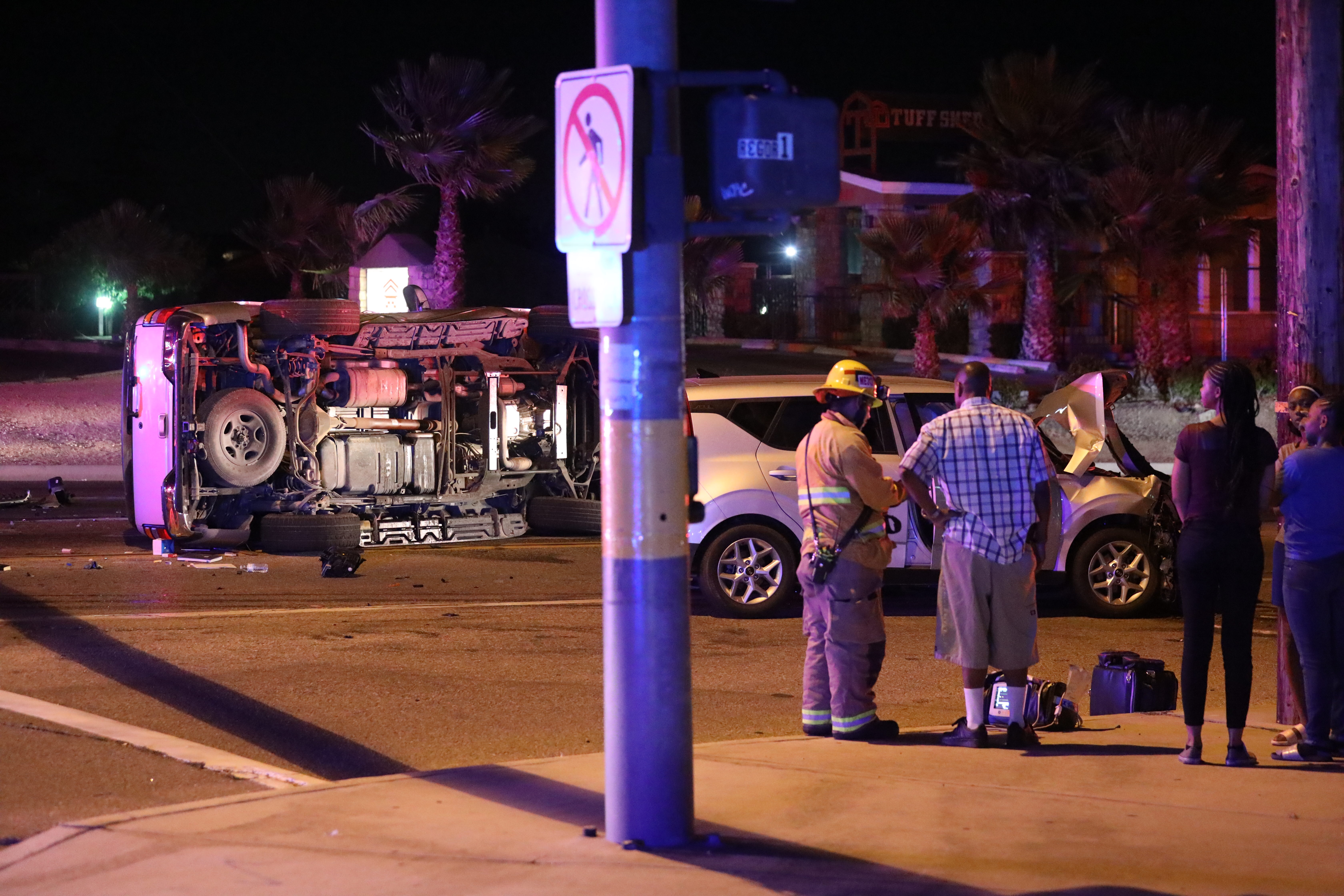 The male driver of the SUV crawled out of the SUV and his injuries sustained in the crash appeared to be non-life threatening.

Helen Maldonado of Hesperia, was walking out of Rite Aid when she heard the crash. Helen said the car was going west on Bear Valley and the truck was going north on 7th Avenue and the two vehicles collided near the middle of the intersection. “It was such an awful sound it shook me. I’m so glad everyone is ok,” stated Maldonado.

The roadway was shutdown for an investigation. 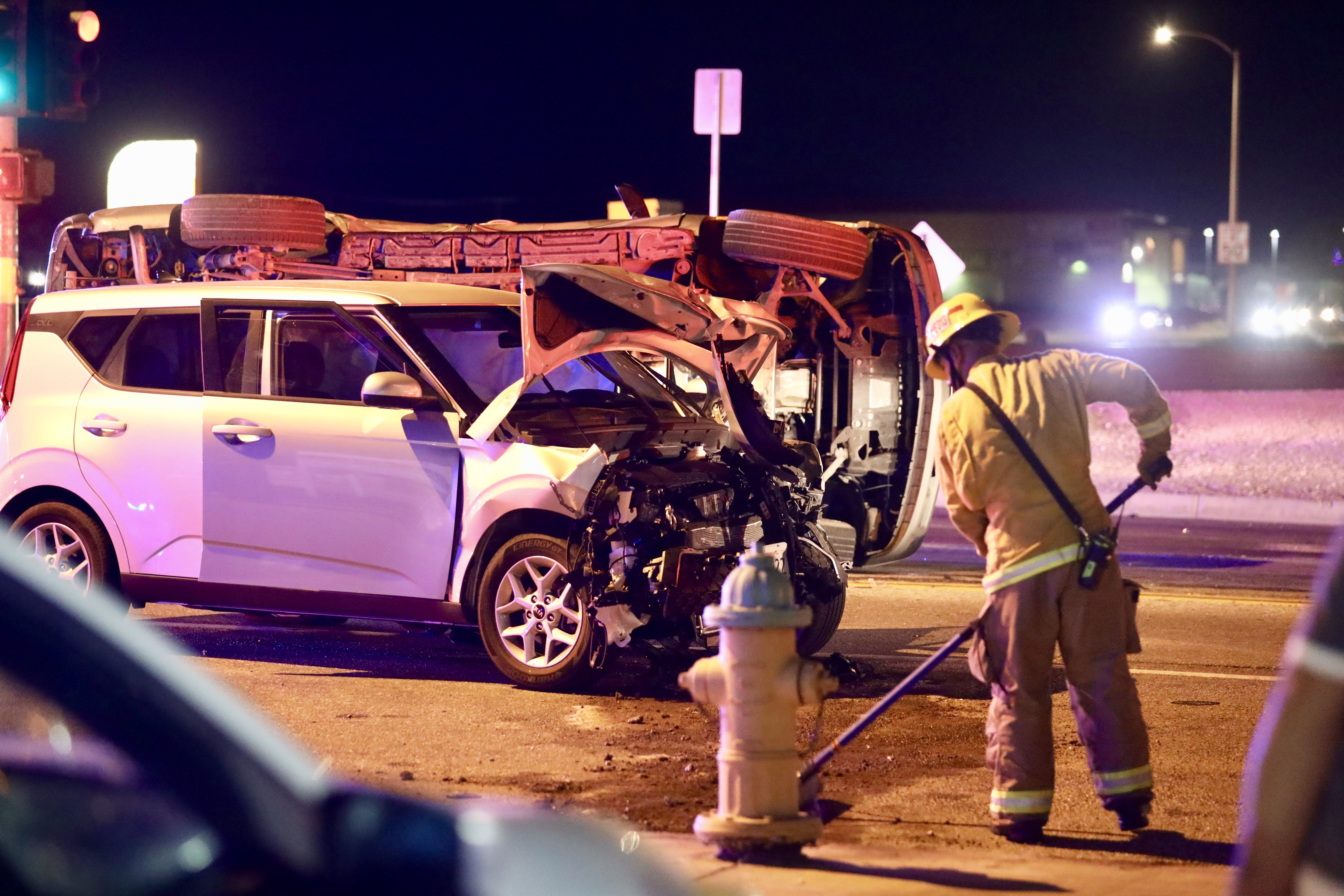