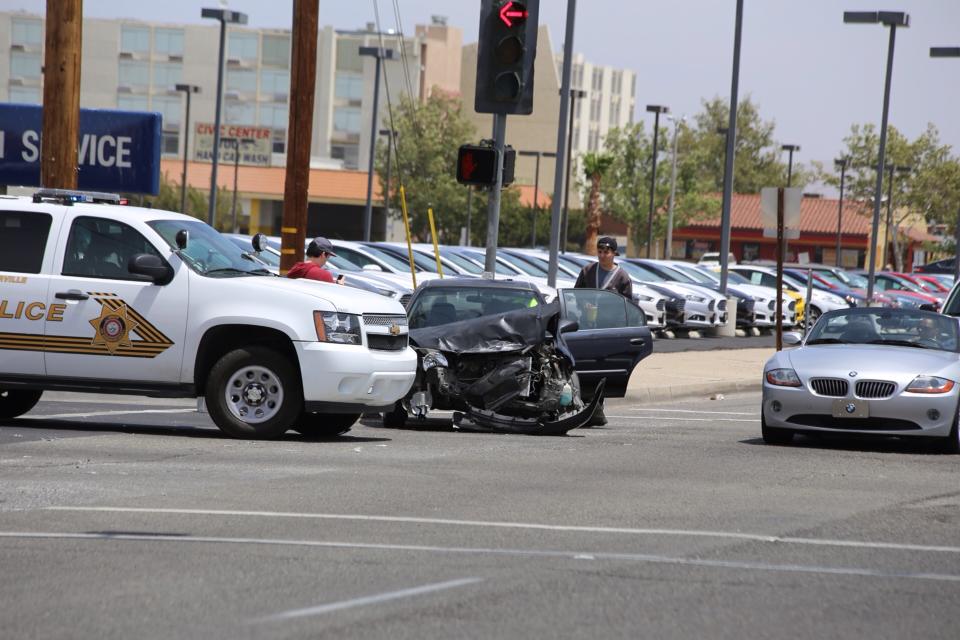 VICTORVILLE: A San Bernardino County Sheriff’s police officer was not injured after being involved in a two-car accident before 1:00 p.m. on Friday.

It’s reported that the black Honda Civic occupied by two subjects traveling north bound on Amargosa Road, were entering the intersection on a stale yellow light that turned red.

At the same time an officer who was responding to a call of an armed robbery in progress was preparing to enter the intersection on a green light and the collision occurred.

The accident blocked the northbound lanes of traffic of Amargosa road at the intersection of Pamdale Road while the investigation was complete.

According to police, both occupants of the Honda reported minor injuries but did not require medical attention.