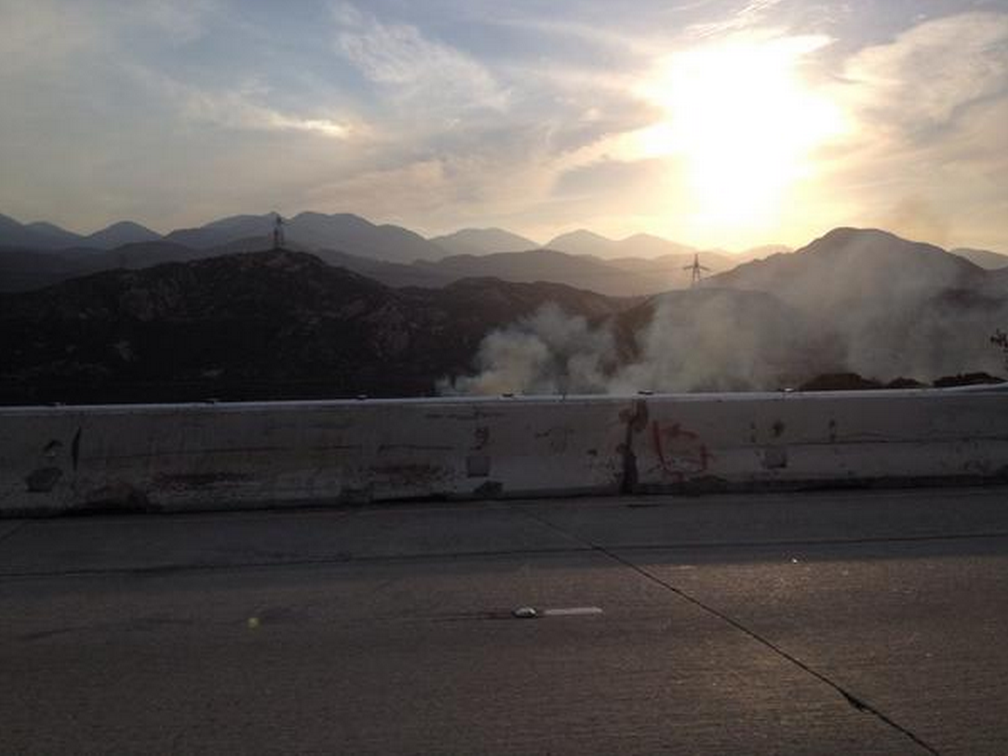 BREAKING:(VVNG.com)- Firefighters along with Forest Service and Cal Fire have responded to a brush fire reported in the Cajon Pass at 6:41 p.m. on Tuesday. According to scanner traffic, the fire is approximately 1-2 acres in size with a slow rate of spread.

Firefighters have confirmed that two small fires are burning on the south bound 15 freeway close to the rail road tracks between state route 138 and Cleghorn Road. Smoke is visible from the top of pass.

At this time the cause of the fire is unknown. Please check back later for more details as they become available.

To follow this post in real-time be sure to join our FB group “VVNG” with over 45,900 members www.facebook.com/groups/victorvalleynews

Hugo the story should say County firefighters who were first on scene and all the radio traffic you are listening to is from the “County’s” 800 system as they responded, arrived first on scene, and attacked the fire.