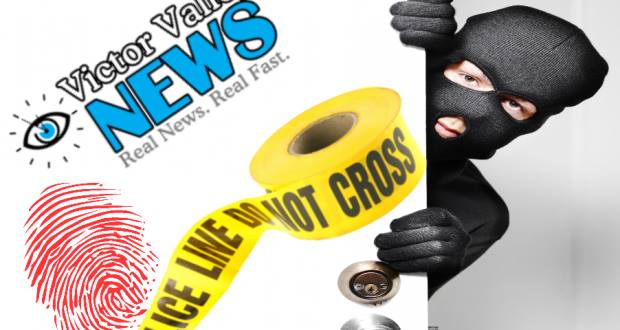 On June, 19th the property owner reported the burglary that included the theft of a Ford Explorer, three dirt bikes, several guns, construction tools as well as other items. He reported that the items were taken from a container and trailer on the property.

The estimated value for the stolen property was over $40,000.

On July 21st the Hesperia Police located the stolen Ford Explorer being driven by 29-year-old Robert Kerns. Victor Valley detectives then located and recovered some of the other stolen property at Kern’s Lucerne Valley home. Kern’s was arrested for the possession of stolen property and a post release community supervision (PRCS) violation.

On July 22nd, a second suspect was identified by Victor Valley detectives and the San Bernardino County Probation officers. The second subject was identified as 25-year-old Scotty Hayden also of Lucerne Valley. A search warrant was served on his home, during the search they located one of the stolen dirt bikes and one of the guns stolen. Hayden was arrested for possession of the stolen property.

Additional property from the burglary is still outstanding. Anyone with information is asked to contact Detective Pelayes or Detective Browne with the Victor Valley Station, (760)552-6800.