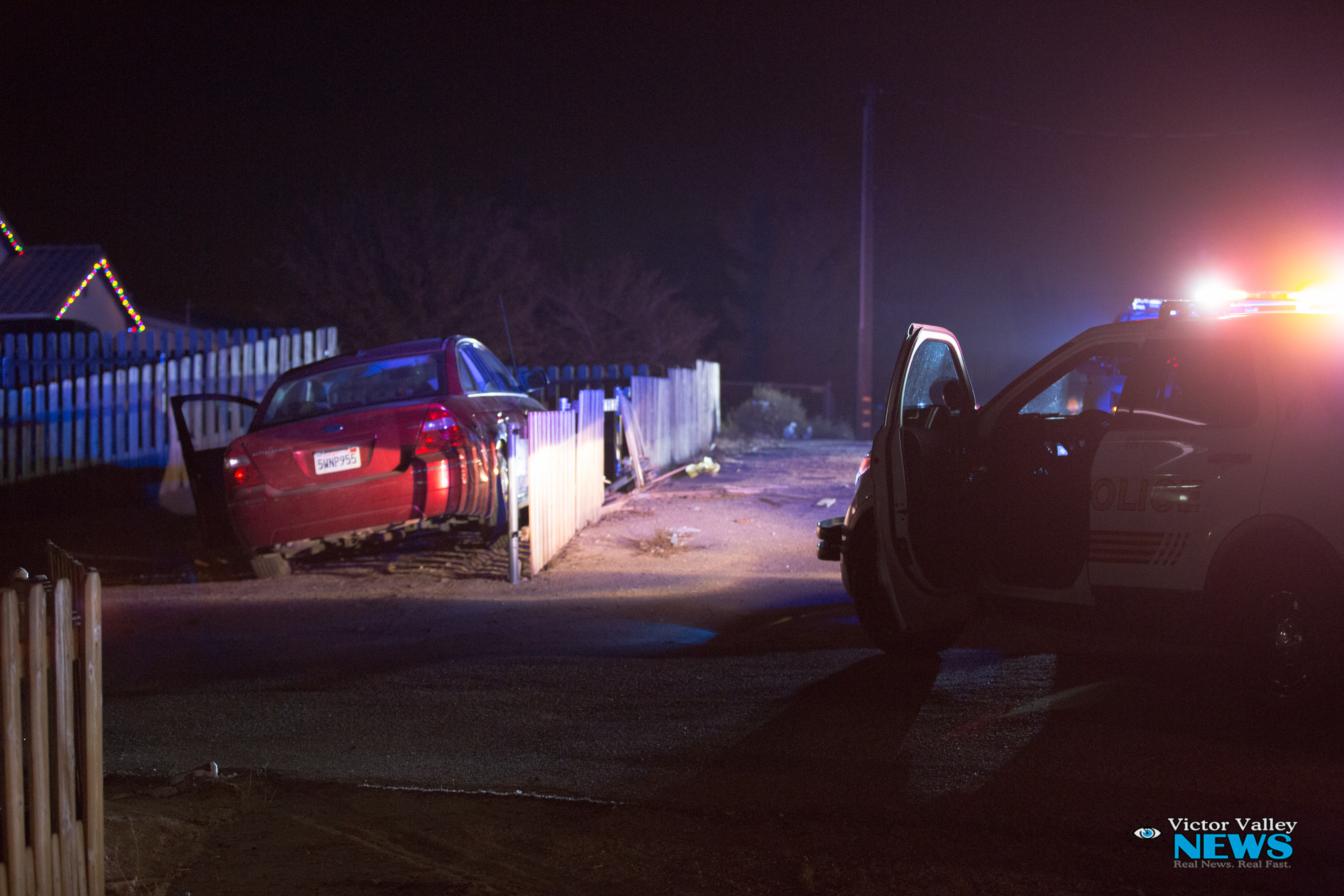 VICTORVILLE, Cali.(VVNG.com)– A vehicle traveling at a high-rate of speed narrowly struck several San Bernardino County Sheriffs working the scene of a prior accident.

On Monday, December 5th, at about 9:12 p.m., a sergeant, two deputies, and an explorer scout, were on scene of a vehicle versus pedestrian call on Bear Valley Road near Cypress Avenue in Victorville.

According to Sheriff’s spokeswoman Mara Rodriguez, they were notified by another deputy that a vehicle was headed towards them at a high rate of speed. They were able to narrowly escape being hit by the vehicle, as they ran from their location.

A deputy attempted to catch up with the red 2007 Ford Five Hundred, but lost sight of the vehicle.

A few minutes later, the Ford sedan was located crashed into a fence at a residence at Balsam Avenue and Lindero Street in Victorville.

Two of the occupants foot-bailed from the scene prior to deputy arrival. The front seat passenger, Santos Aguilera, 39 of Hesperia, was located at the site of the crash. He was arrested and booked for violating his parole.

Deputies established a perimeter and requested the assistance of Sheriff’s helicopter 40king to help locate the outstanding suspects.

After an extensive search the driver, 26-year-old Esther Alvarez of Victorville, was located a short time later hiding under a nearby vehicle. She was arrested and booked at High Desert Detention Center for assault with a deadly weapon.

A second male passenger is still outstanding, according to Rodriguez.

Anyone with information is urged to contact the Victorville Police Department at (760)956-5001.