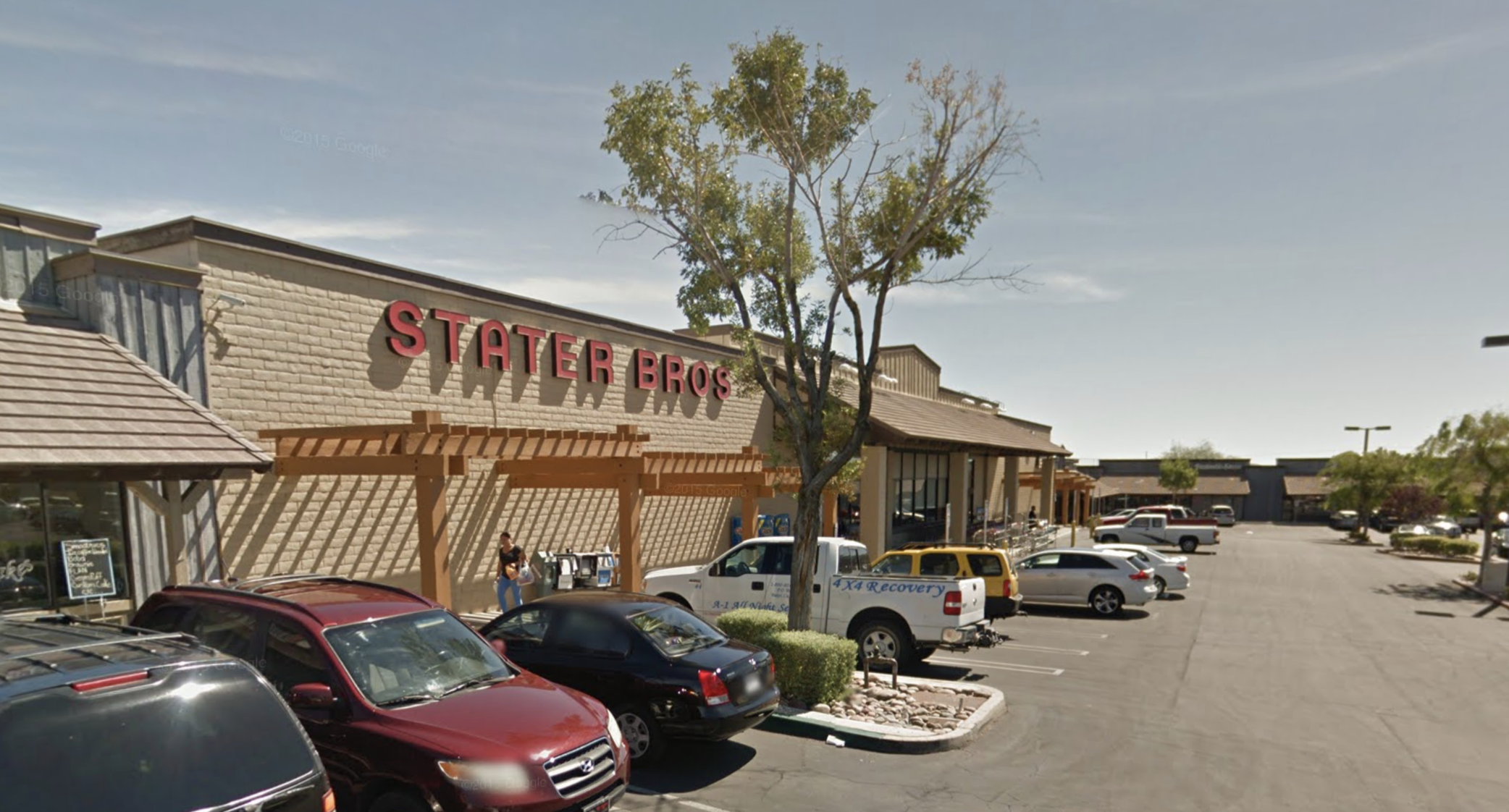 On April 24, 2017 at approximately 1:52 P.M., officers were dispatched to a report of a disturbance at Stater Bros grocery store in the 900 Block of Armory Road within the City of Barstow.

The caller advised that two males, who were attempting to steal alcohol from the store, were now fighting with store employees in the parking lot.

The caller stated that several employees and customers were physically restraining one of the suspects and needed police assistance immediately.

Officers arrived on scene and saw one of the suspects identified as 26-year-old Travis Early being physically restrained.

Early was still fighting with store employees and citizens who were struggling to keep him down on the ground. Officers were able to handcuff Early and secured him in a patrol vehicle.

While securing Early the store employee point to two other males, one of which was identified as Eric Clark, 25, who were walking away from the scene.

The males were contacted and Clark was determined to be involved in the incident. The other male was questioned and released.

During the investigation, officers learned Early and Clark entered the store and selected bottles of alcohol and a soda. Both subjects attempted to conceal the items within their clothing as they walked out of the store.

Prior to leaving the store, an employee contacted the pair and asked them to pay for the items or return them to the store.

Early became upset, punched one of the employees in the face and headed toward the exit. Another employee attempted to intercept Early but was also punched in the face, resulting in a laceration to the left side of his forehead.

As Early continued to leave the store, other employees and customers got involved and physically restrained Early. They held him until the police arrived. Eric Clark came to Early’s defense and attempted unsuccessfully to physically free Early from the crowd.

Early and Clark were both arrested and transported to the Barstow Police Department for further questioning. Barstow Fire Department arrived and rendered medical aid to the injured store employee. The employee was treated and released at the scene for minor injuries to his face.

Early and Clark were arrested for P.C. 211- Robbery and were later booked at the San Bernardino County Jail in Barstow.

This investigation is ongoing and anyone with information regarding this investigation is encouraged to contact the Barstow Police Department at (760) 256-2211. Those wishing to remain anonymous may also report criminal activity by calling the WE-Tip hotline at 1-800-78-CRIME.